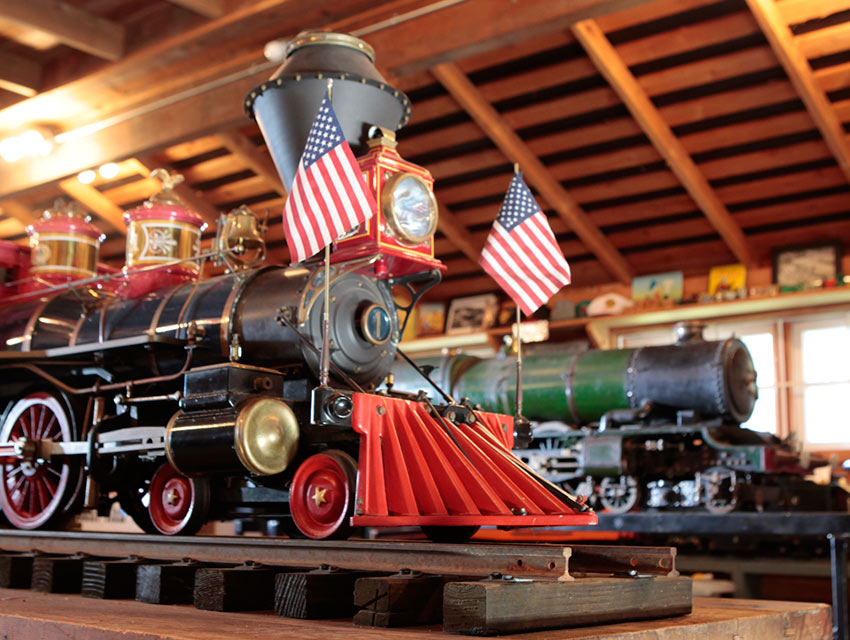 Share
Email
Facebook
Twitter
Pinterest
ReddIt
Velaslavasay Panorama
It was the IMAX of the 18th and 19th centuries. Audiences would sit in a room, encircled by a 360-degree painted panorama enhanced by three-dimensional details in the foreground. The Velaslavasay pays homage to the art form, but you can also catch magic lantern projection (another predecessor of moving pictures), séances, and the occasional concert at the theater. // 1122 W. 24th St., L.A., 213-746-2166.

FIDM Gallery
Maybe it’s because the Fashion Institute of Design & Merchandising is in such a bland building, but the space can surprise with its natty exhibitions. Not too big, not too small, a recent (free) exhibit featured 150 years of women’s wear. Harder to find is the dram-size Annette Green Fragrance Museum. To view it, request a pass from the guard across from the main elevator. // 919 S. Grand Ave., downtown, 213-623-5821.

Weisman Art Foundation
Before L.A. businessman Frederick R. Weisman died in 1994, he and his wife, Billie Milam Weisman, had accumulated a trove of Picassos, Lichtensteins, Giacomettis, Magrittes—the gamut of 20th-century greats. The collection had grown so large, they bought a Westside villa designed by Gordon B. Kaufman (the Hollywood Palladium architect) to house it. You can see all 400 works on a tour if you make an appointment; access is weekdays only. // 310-277-5321.

Carolwood Barn
Relocated in 1999 from the backyard of his Carolwood Drive home, Walt Disney’s hobby hut is the secret centerpiece of Griffith Park’s Live Steamers Museum. Volunteers open the barn doors for a few hours on the third Sunday of the month, letting visitors check out the desk and carpenter benches built by Walt himself, along with vestiges of the 1/8-gauge miniature railroad that once chugged through his garden. Even his railroad overalls hang from a wall. // 5202 Zoo Dr., Griffith Park, 323-661-8958.

Lummis Home and Garden
Made of river rock, with a tower, singed beams, and rough-hewn woodwork, the home sits camouflaged along the banks of the 110 freeway. Charles Fletcher Lummis built it himself a century ago. A poet, photographer, writer, Native American advocate, and womanizer, he served as the L.A. Times city editor in the 1880s, became the city librarian, and founded the Southwest Museum. Today his mini castle is maintained by the Historical Society of Southern California. // 200 E. Avenue 43, Highland Park, 323-460-5632.

Los Angeles River Center and Gardens
Behind high walls amid a tattered patch of Cypress Park, fountains splash in a leafy courtyard paved with Saltillo tile and surrounded by elegant Spanish revival buildings, a domed bell tower among them. Lawry’s used to have a spice factory here. These days it’s a wedding favorite. One hall houses a modest river interpretive center, and a pocket park is stashed in the corner of the property. // 570 W. Avenue 26, Cypress Park, 323-221-9939, ext. 301.