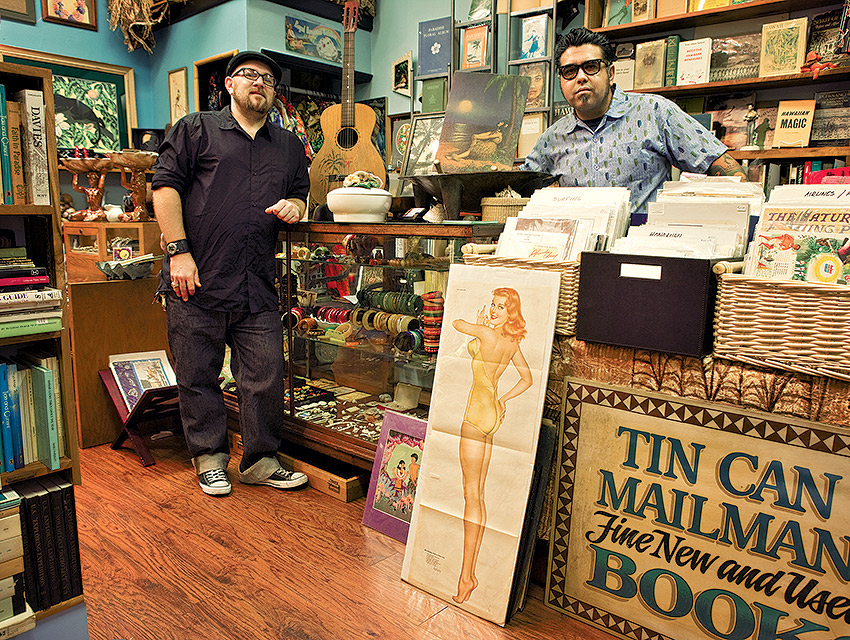 Quieter Climes
Only a 15-minute beachfront walk from Waikiki, the area at the base of Diamond Head has much more of a neighborhood feel. Contemporary and tropical, with dark-stained wood floors and bronze-and-turquoise color schemes, rooms at the Lotus Honolulu take in the fabled landmark, with ocean views through wide gaps between buildings. Uncrowded Kaimana Beach is right out the door.

Hot Chefs
Boasting two 2013 James Beard Award semifinalists, the modest Kaimuki district, a ten-minute drive away, proves that Honolulu’s star chefs don’t all cook in Waikiki. Quinten Frye serves such inventive small plates as a chicken-fried local rabbit in carrot butter and a bacon-and-egg sandwich with pork belly and kimchi miso at the low-key-cool Salt Bar & Kitchen. Ed Kenney’s food, much like the rough-hewn interior of his restaurant, Town, combines modern and rustic—from a near-perfect poke-style ahi tartare on a risotto cake to a crisp, slow-roasted pork shoulder.

Real Finds
With fish markets and lei makers, Chinatown is the anti-Waikiki. For historic Hawaiian sheet music, aloha shirts, and vintage ukuleles, Tin Can Mailman is a haven. Lucky Belly is known for ramen, but you won’t regret a doubleheader of shrimp gyoza with an avocado-edamame mash and shrimp tempura tacos. Down the street, mixologist Justin Park preps his acclaimed Hotel Street Sour at the concrete bar of Manifest.

Market Plan
The glorious produce at Saturday morning’s Kapiolani Community College Farmers Market draws locals. But regional specialties, such as coffee from the Big Island’s Ka’u region and chocolate made from cacao grown on Oahu’s North Shore, have turned it into a tourist destination, too. Even for breakfast, the French dip with pho broth from The Pig & The Lady is revelatory.