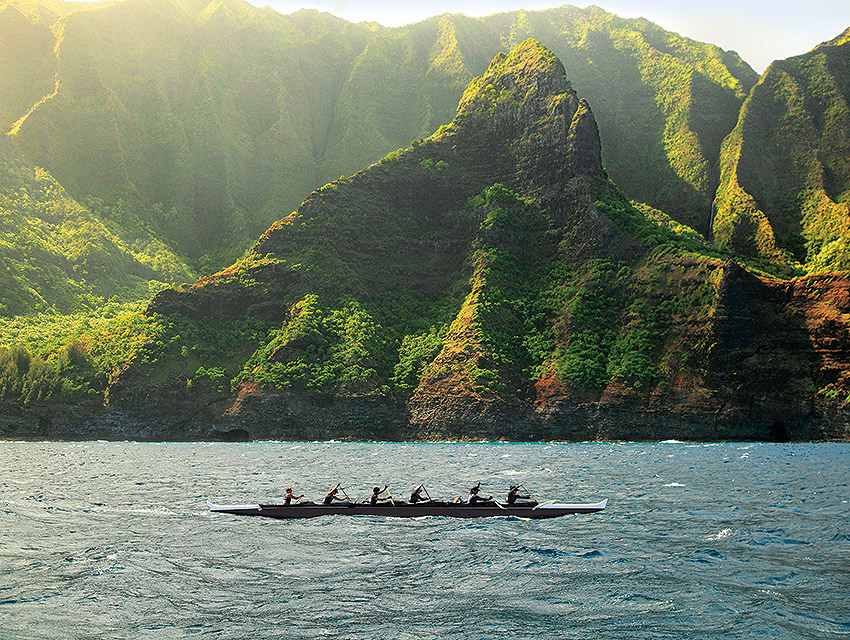 The final approach to the Big Island is more lunar landing than touchdown in the tropics. Instead of flying in low over swaying coconut palms, you glide above lava flows—jagged, black, and barren—that stretch to the coast. Stepping out of the plane, you catch the first blast of hot, humid air and descend a staircase (no Jetways here) to the tarmac, bound for outdoor baggage claim at America’s only tiki-style international airport.

Closer to New Zealand than New York, the Big Island is where America ends and Polynesia begins. More than simply a vacation redoubt for Californians, it is where Hawaii feels most like the separate kingdom it had been until 1893. There are beaches and resorts, of course—among Hawaii’s best—but also heiaus, ancient lava-rock temples that predate the period in the early 1800s when local boy Kamehameha the Great united Hawaii under his rule. And what can you say about a place where the Costco has a poke bar with several selections of ahi?

The island is a continent unto itself with ten different climatic zones—from polar to tropical rain forest—and five volcanoes. The world still seems new and unfinished, quite literally, considering that lava from Kilauea Volcano has added 500 acres since 1983. The rest of Hawaii could nearly fit twice within the Big Island’s 4,028 square miles, but less than 15 percent of the state’s population lives here. So there’s room to roam, and roam is what my wife, Becky, and I plan to do on a 300-mile road trip that circles the island.

NEXT: On The Beach