Maybe you really were in the audience for the 1968 tour that made Led Zeppelin famous. More likely your vintage T-shirt celebrating the show is a knockoff. For authentic relics of music history, stop by Fairfax Avenue’s Filth Mart. Here, the stories behind some famous silk screens.

1960s
Frank Zappa
The photo of Mr. Z on the commode, taken during a late-’60s tour, appeared on tie-dyed tees sold at his concerts.

1970s
Bob Marley and the Wailers
The cover image of the reggae artist’s first Billboard Top 10 album, 1976’s Rastaman Vibrations, made it onto green shirts inked in red and yellow.

1970s
Ziggy Stardust
You had to flip through the pages of Playboy to find ads for portrait tees of rockers like David Bowie, sold via mail order by the Lonely Ladies company.

1980s
Judas Priest
Millions got their hands on the metal group’s Screaming for Vengeance album; fewer acquired the coveted shirt emblazoned with a screeching eagle. 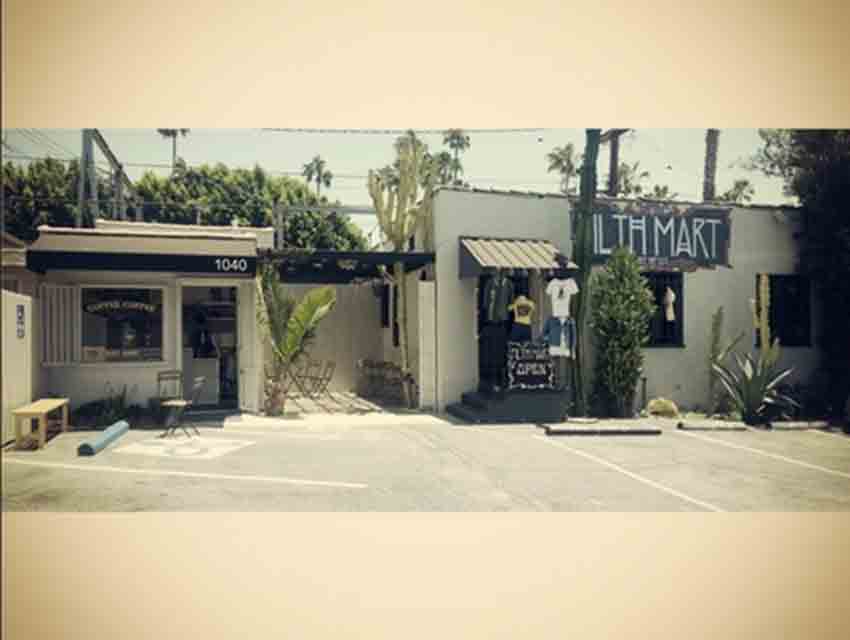