The origin of slippery shrimp, a curiously named dish of wok-fried shellfish in a sticky sweet sauce, can be traced to the ritzy Chinese American restaurants that dotted L.A. in the 1960s. But it wasn’t until Chinatown’s Yang Chow opened in 1977 that the goopy guilty pleasure achieved citywide fame. Dozens of imitators persist, but Yang Chow’s version still takes the shrimp cake. The magic lies in the sauce, which is redolent of crushed chili, ginger, and vinegar, spiked with garlic and sugar, and finished with, yes, ketchup.

The Bread: Thin slices of supermarket white are cut into triangles and deep fried to a crunch. Sesame seeds complete the hors d’oeuvres.

The Filling:Diced shrimp are whipped into a mousse thickened
with sesame oil and water chestnuts. The recipe is a Yun family secret.

The Sauce: It’s classic sweet and sour: ruby red, cornstarch thickened, and on the side. 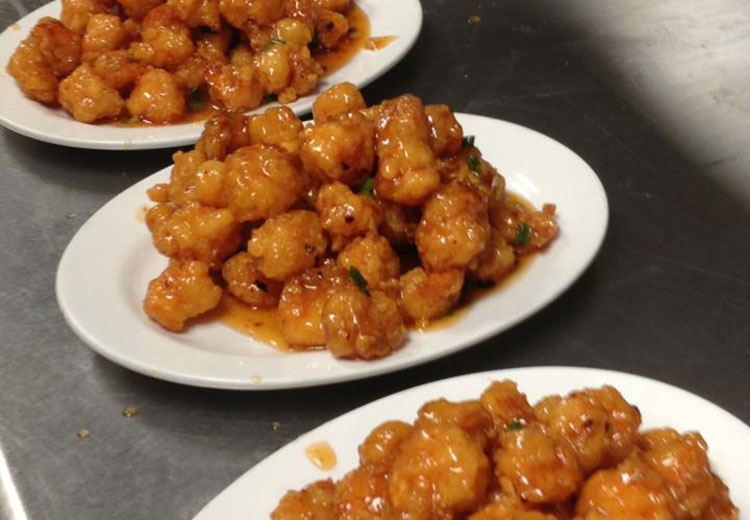