Nicola Mastronardi’s cooking is intelligently robust. He muscles up butter lettuce with warm polenta croutons or bastes a spit-roasted pork shoulder as it slowly turns. Of course this is Brentwood, and the scale of the dishes—diminutive servings of potato gnocchi or a mere twirl of tagliolini with leaves of bottarga—never overshoots the mark. The atmosphere is moneyed (Dover sole is always on the menu), playful (Monday is pizza night), and refreshingly real. Those aren’t mere air kisses Maureen Vincenti bestows on regulars on their way out.

Brentwood has a swarm of Italian restaurants; Vincenti tops them all. It’s not just the effusive greeting of owner Maureen Vincenti, the pleasant light wood decor, or the celeb-sighting potential. It’s that Nicola Mastronardi is an exceptional chef. That’s him through the glass partition, bringing a pork loin out of the rotisserie or roasting whole Dover sole in the wood-burning oven (which is used Monday nights for his pliant thin-crust pizzas). That’s him overseeing antipasti plates with burrata and Parma prosciutto or a warm octopus and sepia salad. His dishes don’t just incorporate the tastes of Italy, they broadcast its soul.

It must be the memory of padded bills that makes us nervous about high-end Italian dining. Instead of feeling like natives, we feel like marks. Brentwood’s Vincenti Ristorante has perfected an atmosphere in which the soulfulness of a neighborhood trattoria glows at the core of an ambitious Westside establishment. The welcome of owner Maureen Vincenti is genuinely warm. Chef Nicola Mastronardi’s cooking embraces tradition and local markets while never losing sight of the basics of great Italian food. Rustic bread crumbs temper any airs a whole oven-roasted Dover sole might take on; the pastas have a twirl-around-the-tines focus made memorable by a few ingredients brilliantly deployed. And yes, in season the blizzard of shaved white truffles, as costly as they may be, lets the taglio-l-ini soar. 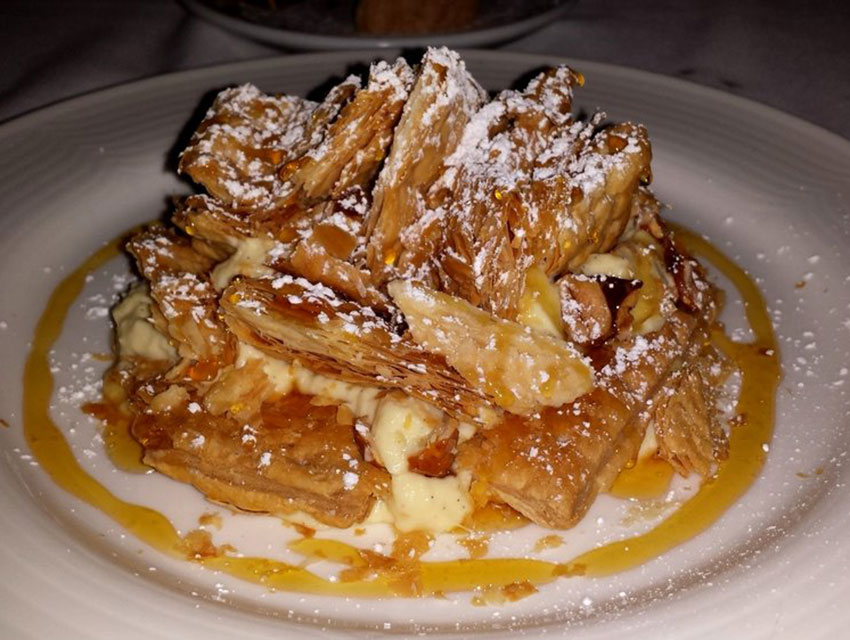