The gourmet burger has always struck us as a contradiction in terms. But Umami, the brainchild of Adam Fleischman (BottleRock, Vinoteque), has us questioning our assumptions. Every ingredient is calibrated, like the caramelized onions and blue cheese of the Port & Stilton Burger. The SoCal Burger is a near-genius reconception of the California classic—oven-dried tomato spread subs for Thousand Island dressing, and even the processed cheese is homemade (OK, maybe that is a contradiction in terms).

Though animal free, veggie burgers are tricky beasts. Often bulked up with quinoa or rice, these carb-heavy numbers totally throw off the bun-to-patty ratio. If you’re after beeflike satisfaction without the mock-meat taste, your answer—as with most things burger related—is Umami Burger. The chain’s Earth Burger is composed of shiitake and portobello mushrooms mixed with edamame anddyed with beet juice to achieve a carnivorous shade of red. That gratifying combo joins truffle ricotta cheese, white soy aioli, cippolini onions, and roasted tomatoes in a perfectly toasted brioche bun. Sure beats a wad of tofu. » Multiple locations. 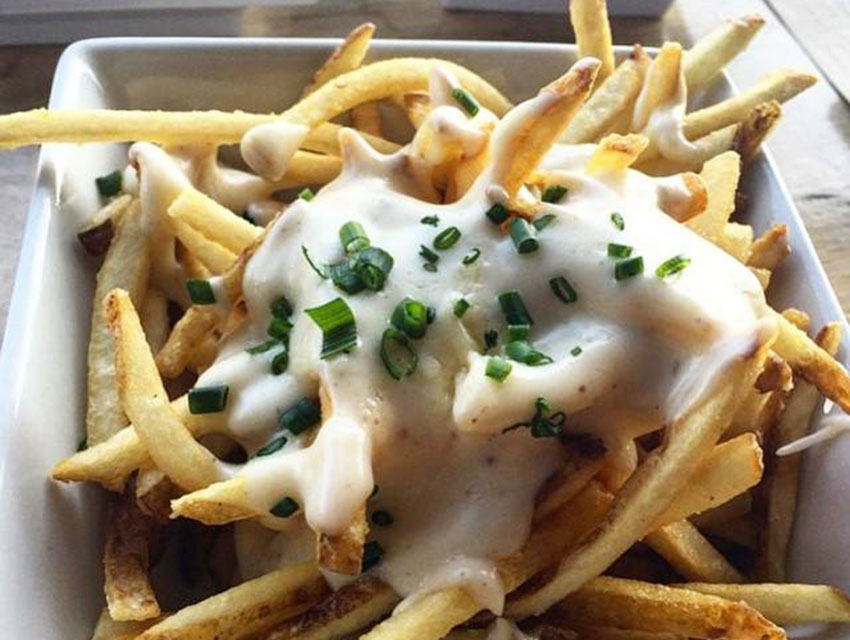