You’ve done the Hershey’s martinis, the fondue revival is over, and mole—a spicy sauce flavored with chocolate—is more commonplace than cause for celebration (Cacao Mexicatessen’s mole fries are an exception). To escape the everyday, head east. For nearly 30 years Teresa Campos Hernandez’s Teresitas has turned out Zacatecan renditions of Mexican classics. The big draw: costillas de puerco en chile negro, a melding of flavor created when sweet and piquant collide. Available Wednesdays only, the fall-off-the-bone pork ribs are cooked in an un-molelike broth of Ibarra chocolate, black chiles, garlic and onions. The ribs sell out quickly, so come early.

The man in the mechanic’s shirt at the counter tucks into a stew of espinazo, or pork spine, a dish freighted with herbs and prickly pear nopales. In the Naugahyde banquette behind him, politicians from downtown pause their conversation to work on tortas stacked high with moist carnitas. When Teresa Campos de Hernandez started her East L.A. restaurant in 1983, she had a handful of recipes from her native Zacatecas. Being true to them was the extent of her business plan. There’s a stunning soulfulness to Hernandez’s food, especially dishes of the day like the pork ribs, which are bathed in a sauce infused with roasted chiles and chocolate. Don’t get there too late, though; they sell out. 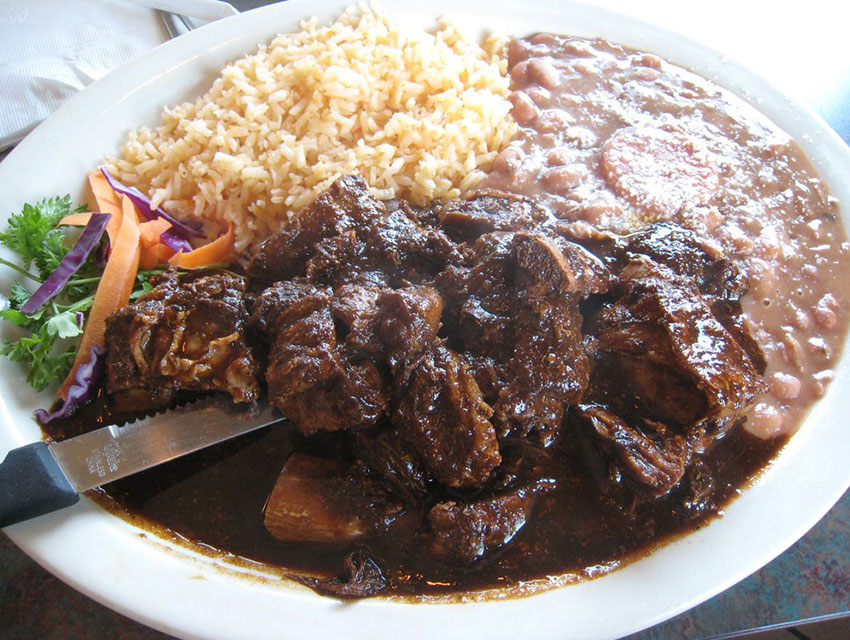