There’s something of the coffee shop about this minichain, which has three locations in Southern California. All are brightly lit; all are animated; heck, they even serve tea in diner mugs. The teens sipping red bean frappés could be latter-day bobby soxers. A waitress in a peach polo shirt plops down the platter of sizzling shrimp, sweet walnuts tossed over crunchy batter. But after your chopsticks deliver the first bite, it’s clear you’re not at Norms. The offerings are culled from a retro repertoire—those standards we’re all familiar with—but they are crafted with such attention to detail, they seem reinvented. Chicken and corn soup is thick with ribbons of whisked-in egg; orange beef, instead of being the ubiquitous greasy version, bears just enough oil to be sharpened by tangy, slightly crisped orange zest. 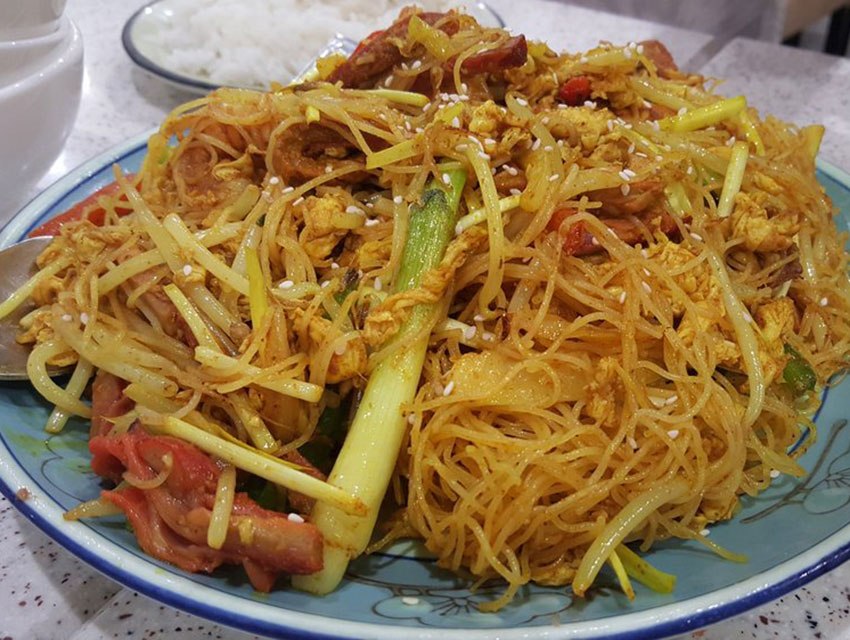