Dining at Koreatown’s Soot Bull Jeep is the gastronomic equivalent of fighting a wildfire: the smoke, the heat, the ash, the embers singeing hair and fabric. That is often enough drama to send the less adventurous, or better dressed, to one of the many sleek, gas-powered, well-ventilated cook-your-own palaces in Koreatown, such as the industrial-cool Park’s Barbeque. But if your idea of galbi is meat on flame, fat crackling, live coals hissing and shooting like skyrockets, then you will take comfort in the metal trash can filled with lumps of black mesquite next to Soot Bull Jeep’s front door and in the waitresses who shovel it into your tabletop grill as if stoking a locomotive. Everything, from the chili-marinated pork to the butterfly shrimp, gets exquisitely charred in a minute or two. Keep an eye on the temperature: That cup of ice your server gave you is not for the soju but for fire control. 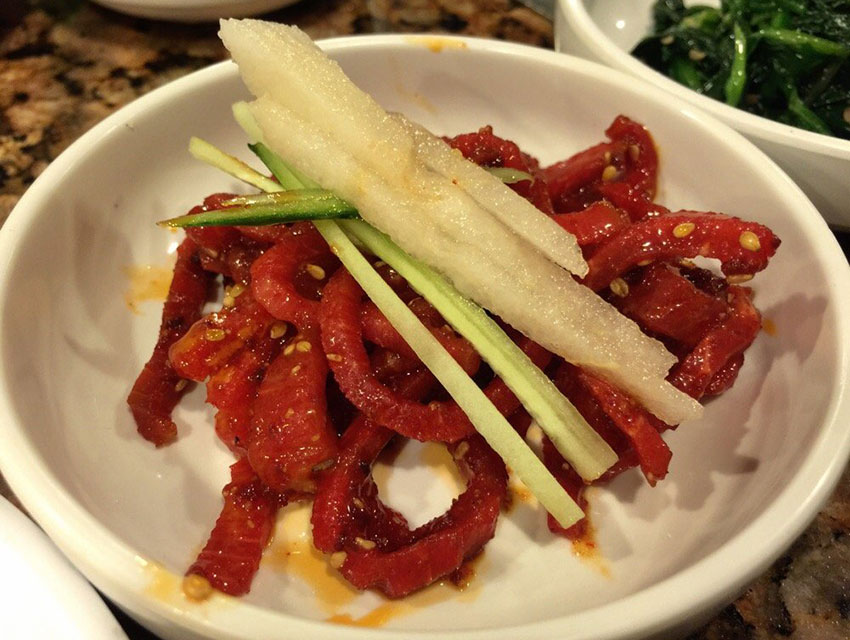