The customary bánh mì loaf is softer than a baguette. It’s the filling—not the bread’s crust—that supplies the texture. At Saigon’s Sandwiches & Bakery steaming loaves cool on racks while a server slices them open, heaping them with choices ranging from briny sardines to a vegan mix that showcases fried tofu trimmings. There’s a timeless rendition of thit nguoi, the paper-thin headcheese that sets off the pop of pickled daikon, carrot strips, and cilantro stems—all backlit by the glow of jalapeños. At $2.75 a sandwich, it’s a good price for the skateboarder who rolls in for lunch or for the older gentleman who nurses a coffee heavy with condensed milk, in the prescribed Vietnamese way, sitting with one leg tucked under him. 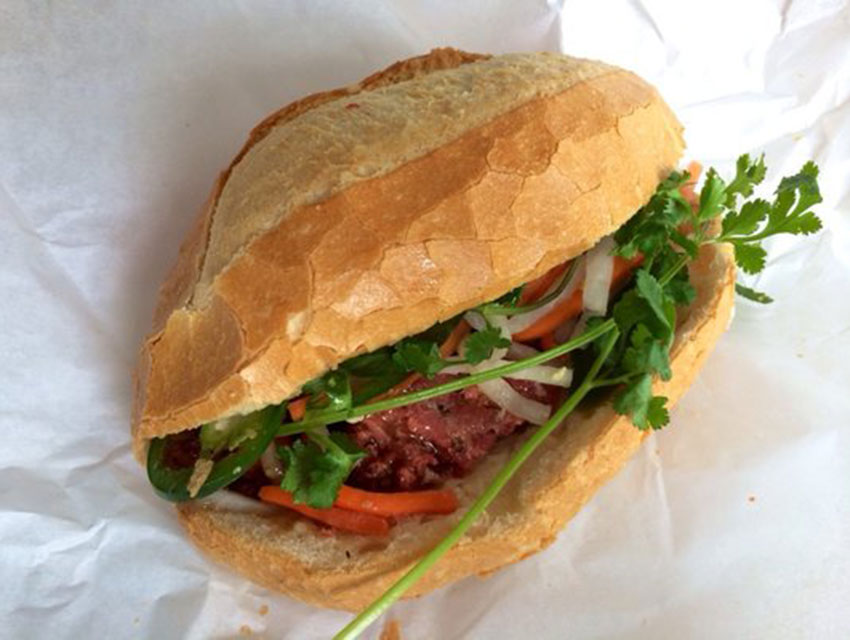