Neal Fraser’s grandiose veal chop for two at Redbird wields a $96 price tag yet still feels like a bargain. Punnily named Veal Fraser, the thick 24-ounce chop is cooked on the restaurant’s oak-powered grill, then drenched in a veal bordelaise sauce fortified with braised veal cheeks and garlicky Burgundy snails. The dish resembles something cribbed from Escoffier, but the effect is timeless: a velvety, tender, boldly seasoned centerpiece that lands on your table with a thud. How you divide the largesse is up to you.

After the closure of Grace more than four years ago, Neal Fraser’s fine-dining career is being resurrected at Vibiana. The former cathedral and headquarters of the L.A. archdiocese now houses the posh Redbird, which feels a bit more mature than the edgy screaming matches that make up much of downtown’s food scene. (But don’t call it staid; there is a duo of veal christened the Veal Fraser—wocka wocka!) Beneath a retractable roof, diners pluck head-on shrimp from a pillow of grits with cocoa nib-chipotle mole. A rosy chop of Red Wattle pork arrives alongside whole roasted apples. At the showpiece bar, Julian Cox’s cocktails have reached a restrained pinnacle. 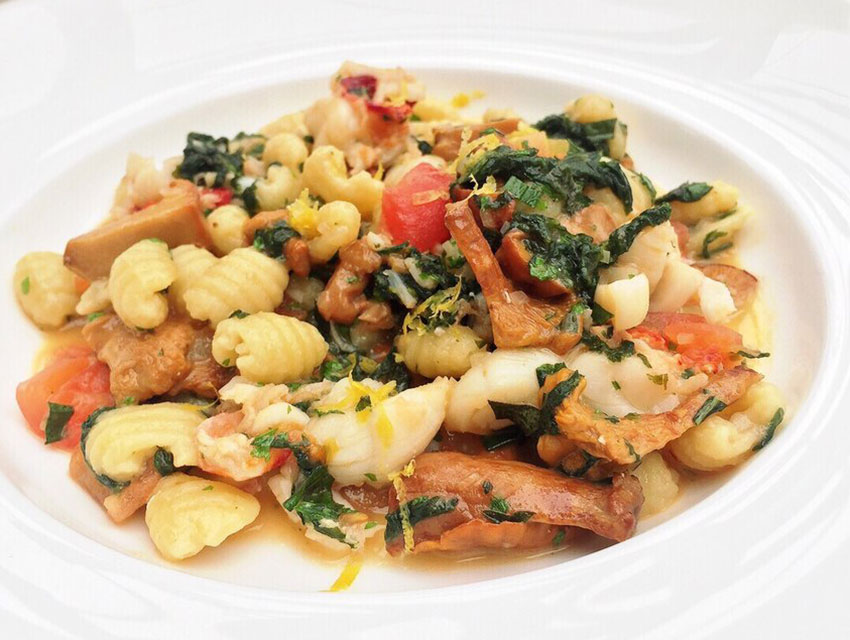