Most of the city’s vegan restaurants feature the latest in ersatz animal flesh—tempeh meatballs, soy-chicken satay, and squid sculpted from tofu. Rahel Ethiopian Vegan Cuisine, however, specializes in stews that could have been on the menu during biblical times: split lentils, chickpeas, zucchini, and string beans, all slow cooked in spiced sauces that unlock a flavor as savory as that of pot roast. A Rahel combination platter can include nine of these entrées. The feast is best enjoyed by pinching small bites with shreds of injeri bread, its sour tang balancing the sweetness and heat of the vegetables. Though nestled in South Fairfax Avenue’s Little Ethiopia, Rahel is a tradition unto itself. To the owner’s knowledge, there are no vegan Ethiopian restaurants elsewhere in the United States nor in the mother country. 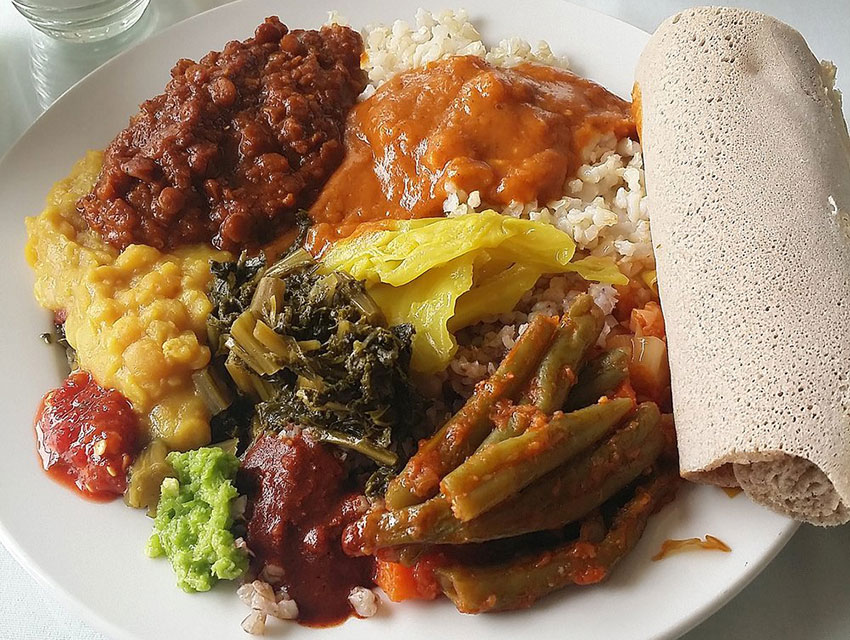