Every Thursday Papa Cristo’s hosts a family-style feast with gyrating belly dancers. But this 61-year-old Greek market and restaurant serves Mediterranean staples like sizzling feta, sour dolmas, grilled octopus, roasted lamb, and tsipoura (imported Greek sausage) at classical prices any day of the week. Ask Papa Cristo (he’s almost always there) to add one of those vinegary, blow-your-head-off peppers to your gyro for extra twang.
Best Greek Market with a Restaurant, August 2010
Sam Chrys opened C&K Importing Company in 1948 to bring the foods and wines of his native Greece to L.A. The business grew into a market worthy of Athens or Thebes, and later his son Chrys (yes, Chrys Chrys) added a taverna: Papa Cristo’s. Sixty-two years later it’s still the place for Greek olive oils, cured meats, fresh-baked spanakopita, olives, and glistening baklava. The restaurant serves stellar versions of the classics; we’re partial to the kaftan (spiced meat patties), which come withtzatziki, dolmas, pita, and a few of those powder-keg peppers. A meal and a show? Thursday nights feature the “Big Fat Greek Dinner,” which for $18.95 a person includes a huge spread of Aegean delicacies, wine tasting, music, and belly dancers. 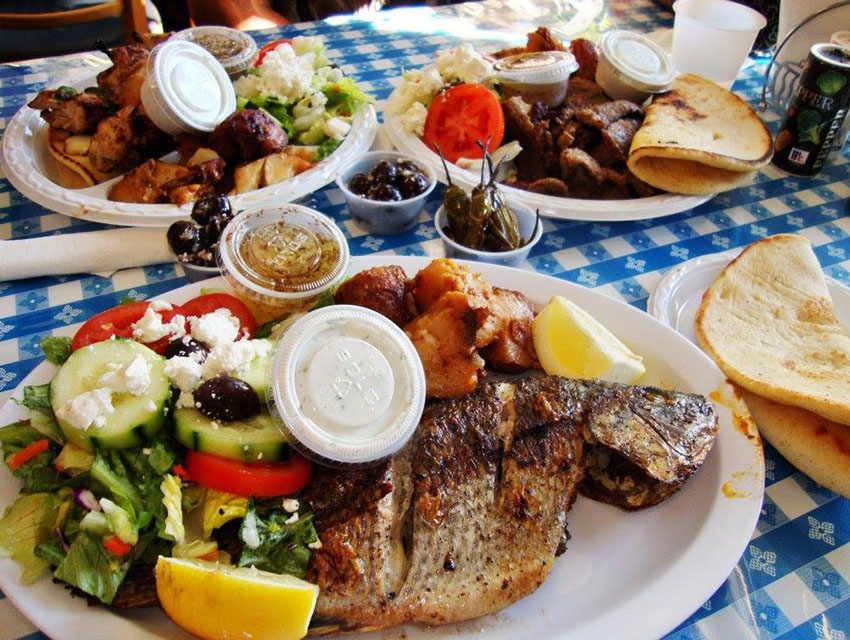