Those waiting for tables at Nate ’n Al don’t stare daggers—they kibitz: “Those two reading the paper could ignore each other at the same table and it would free one up.” “Is your party complete?” is not a question the hostess asks here. The answer might be, “Is it complete? They’re rearranging your restaurant!” The blintzes have a phenomenal airiness, and the crisp matzo brie with applesauce is deservedly legendary. At breakfast Larry King drifts between tables talking on a cell phone. At lunch it’s Beverly Hills merchants and shoppers. When a woman tells her companion the price of a new jacket, he comes back with the old Myron Cohen retort, “What’s it lined with, sturgeon?” with a speed that would have made the comic proud.
Best Matzo Ball Soup, March 2006
Like menudo or gumbo, matzo ball soup is best prepared in a grandmother’s kitchen. The dish is not meant to impress so much as to comfort—the triumph of love over recipe. Most of L.A.’s big-name delis, as if to compensate for their sentimental deficiencies, vie for the splashiest version, offering baseball-size spheres bobbing in a bouillon-y stew of chicken, noodles, herbs, carrots, and celery. The exception is Nate ’n Al, the Beverly Hills institution, which serves a matzo ball soup almost Zen-like in its simplicity. The consommé is thin, colorless but for a few swirls of yellow fat. The dumpling is airy yet firm, at once weightless and substantial. It is a soup that trusts in matzo, in the subtle power of a cracker transformed into a ball. 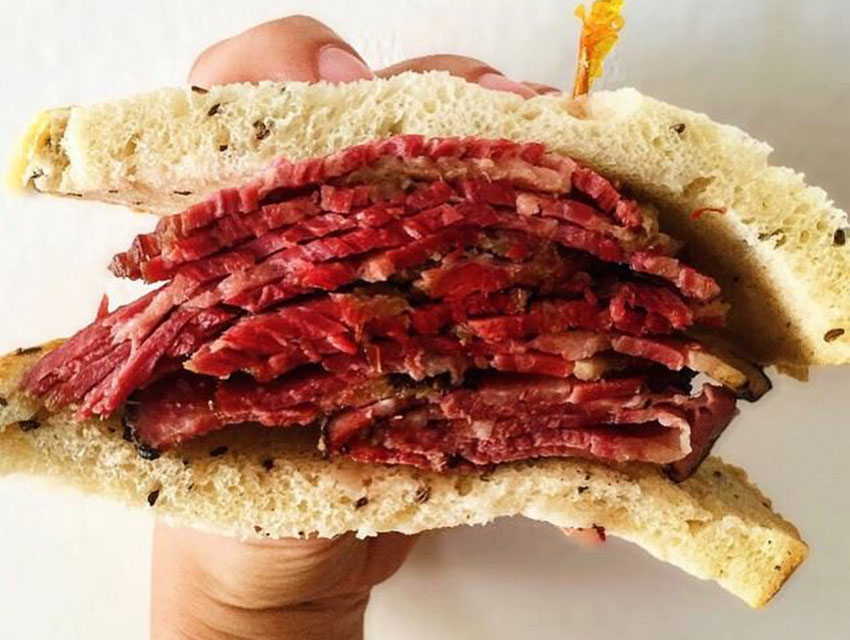