Best Power Lunch, August 2007
With CAA and ICM moving to Century City and restaurants like Craft and (later this year) Suzpree opening there, too, Beverly Hills may soon have to cede its choke hold on the industry lunch bunch. For now, though, Mr. Chow rules, beating out runners-up Cut, the Grill, and Barney Greengrass, thanks to a loyal following of agents and studio execs, often with their stars in tow. Establishing their cool by not so much as glancing at the menu before ordering, the men–yes, virtually all men– go for the Mr. Chow noodles or the squab with lettuce cups
Top Ten Chinese Restaurants: No. 5, May 2011

This Beverly Hills bijou runs the risk of appearing seriously mannered. The captains wear cream-colored smoking jackets; the waiters are dressed like Parisian garçons; a Keith Haring painting hangs on a back wall. Though Shanghai-born Michael Chow specializes in a Sino-European version of the light fare café society marches to, his restaurant (one of five) has flashes of brilliance. Sesame seeds add dimension to the richness of shrimp toast; squid ink gives broad strands of rice noodles the sheen of a pricey patent leather shoe. Just when matters are about to get arch, the kitchen sends out tender, thinly sliced veal tongue redolent of tea and cinnamon stick, as much a spice box as a perfect dish. 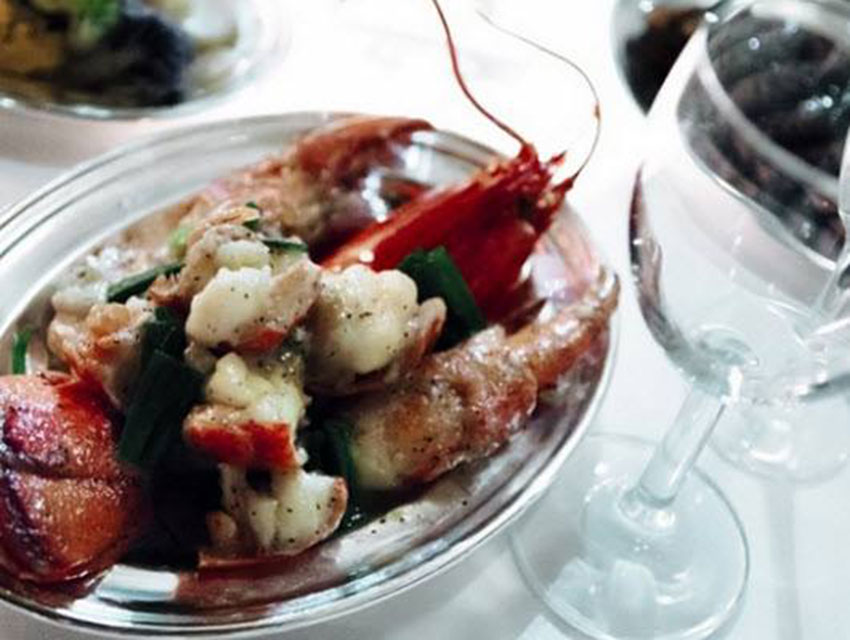