Tony Yanow of Tony’s Darts Away in Burbank has launched a grand restaurant and beer hall that’s tailor-made for Echo Park. Aside from the marquee, there’s no evidence of the space’s former life as a century-old vaudeville theater. A front patio leads to a long, narrow seating area flanked by a bar with an incredible number of California craft beers on tap—72!—plus six keg wines (all the rage for eco-oenophiles). A cathedral-like rear dining space impresses with its soaring, skylight-studded ceilings, a fireplace, and potted ficus. The hip clientele has no problem filling the place, while the kitchen struggles to keep up. The menu is primarily vegan, and everything else is marked “NV.” The restaurant touts its pizzas and flatbreads, and those are just fine. There’s better crust to be had, but the toppings are fun. The NV Pig Newton with locally cured serrano ham, goat cheese, and fig and rosemary tapenade is sweet-and-salty goodness. Strips of eggplant rolled around mozzarella are gummy and tough; the polenta in the cazuela, which changes daily, lacks seasoning. But we adore the English muffin that accompanies the surprisingly light dork burger—duck and pork. Get it? 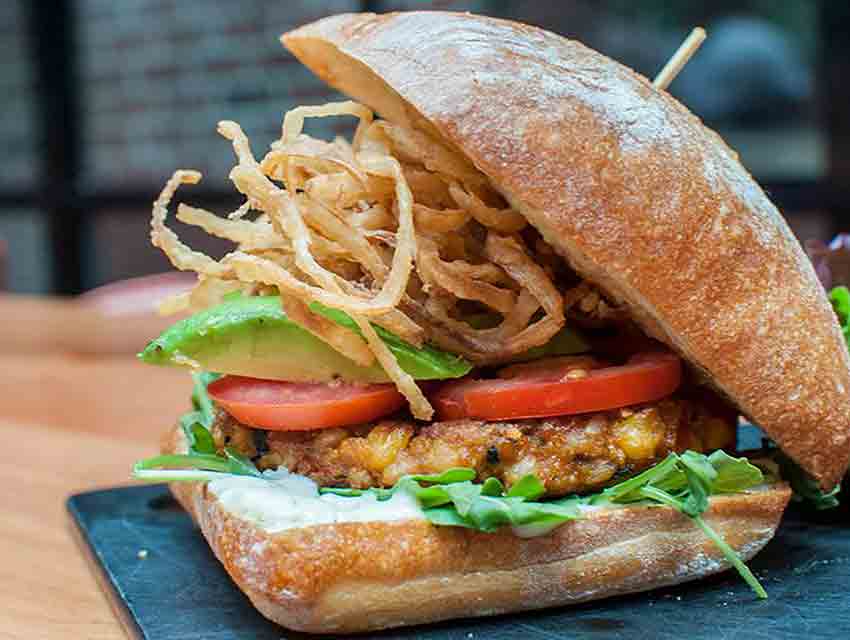