Follow the stream of Southern-style fried fish to South L.A., where schools of “U Buy, We Fry” seafood shacks compete for neighborhood preeminence. As their slogan suggests, these takeout-only spots will coat the fish of your choice in a cornmeal and spice batter whose recipe is closely guarded. Our loyalty belongs to Mel’s Fish Shack, which for decades has fried up such swimmers as catfish, sand dabs, and buffalo fish—a bony, old-time favorite. The golden brown, Cajun-tinged crust clings to a tender fillet as fresh and delicious as the man behind the counter promised. 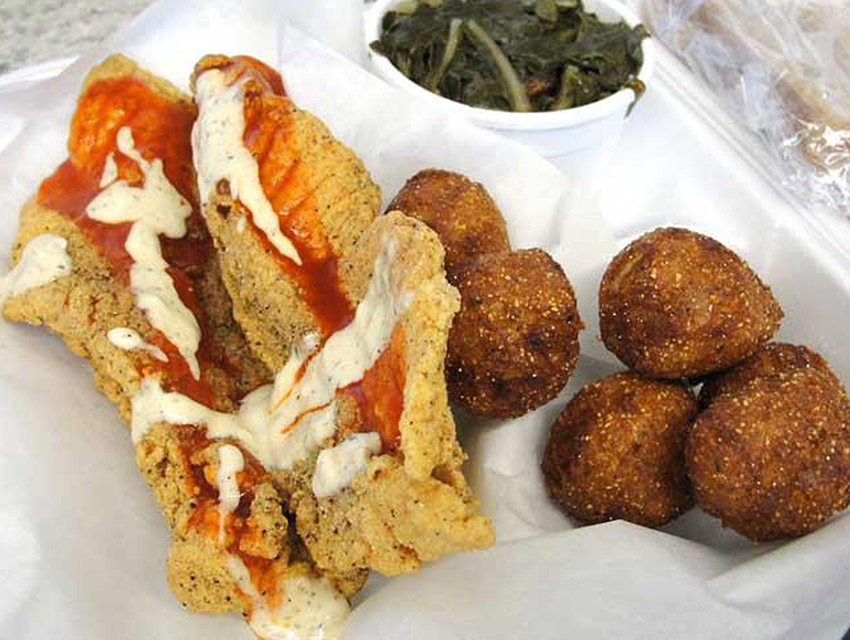