Sprawled along the Pacific, the Mexican state of Nayarit is known for its pristine seafood. Lots of restaurants in L.A. produce a decent version, but none with the rigor and gusto of Mariscos Chente. A billboard overlooks the storefront, the restaurant’s name painted in an unsteady hand above the door. Walk into a room that’s wall-to-wall turquoise, and you’ll see chef Sergio Peñuelas in the cramped kitchen. (The Mariscos Chente down the street belongs to Peñuelas’s estranged brother-in-law.) He might be scoring and salting a silvery snook before he grills it whole on the flattop or serving camarones a la pimienta (spicy shrimp), which in his hands becomes a conflagration of aromatic oil and peppers. Turning from a pot of camarones al vapor, the heat illuminating his face, he’ll pry the snook from the grill at exactly the right instant. Crisp yet tender, the fish lights up in your mouth after it’s been drizzled with Nayarit-style salsa: pureed jalapeños in a suspension of water. His shrimp ceviche, mixed on the spot, is bright and briny; eating it, you almost forget you’re on Imperial Highway. When Peñuelas can source cucarachas, tiny plump Honduran shrimp, he blisters them in hot oil and adds lime wedges to the plate. They’re just the thing on a Sunday afternoon when an oompah-pah band plays on the crowded patio in back. 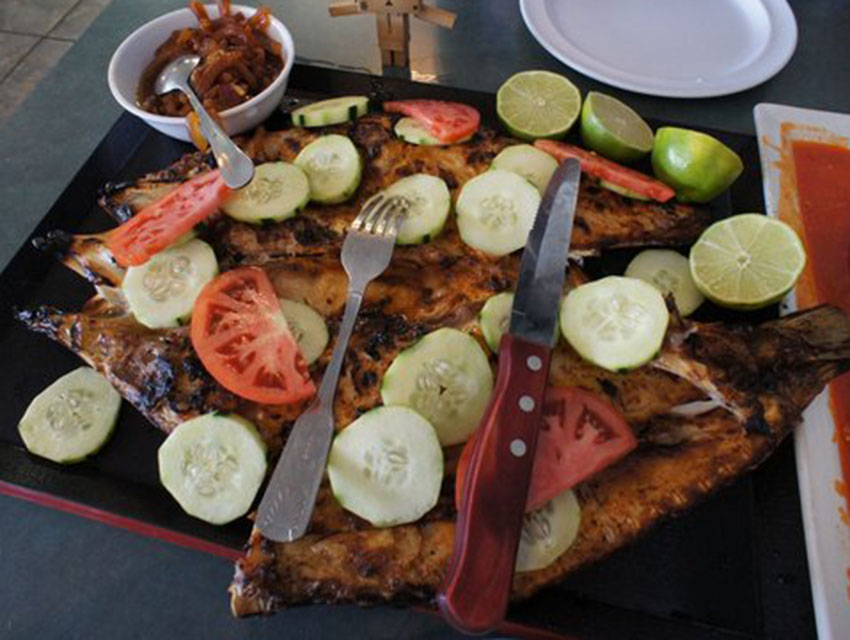