Bite for bite, Langer’s serves the best pastrami sandwich in L.A., the spiced smokiness of the hand-cut meat participating with the bread to create perfection. The Reuben has a golden hue from being pressed into the griddle; the barley, mushroom, and giblet soup has been cooked with care. The deli’s interior—brown booths, large windows, crowded counter—seems both eternal and unique. Office workers, police brass, screenwriters, pensioners, and curious locals frequent this unchanging anchor of MacArthur Park. Although Al Langer recently died at 94, his son, Norm, and granddaughter, Trish, are daily presences who welcome all. To sit in a booth, looking out on the palms and ragtime movie palaces while eating a pastrami sandwich, is one of the great pleasures the city offers. The Fresser’s Special—pastrami, corned beef, turkey, cheese, and tongue—is a mere feather of a sandwich.

Despite a dicey location across from MacArthur Park, this acclaimed deli thrives on the strength of its corned beef sandwiches. As proof of L.A.’s great ethnic stew, chances are the people eating matzo balls at the next table will be speaking Spanish, Korean, Tagalog, or Japanese. 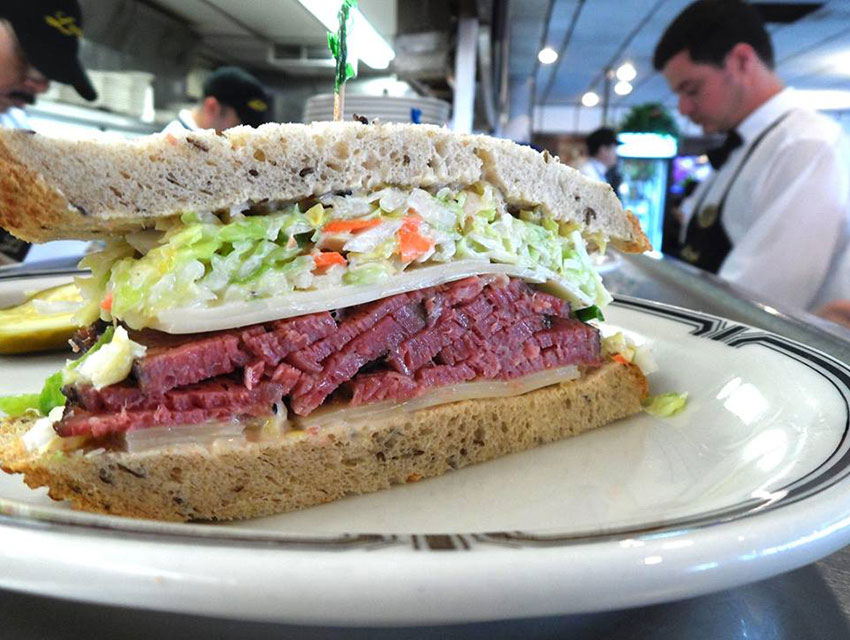