For many, this was the first restaurant to prove Thai food wasn’t just an adjunct to Chinese. Two decades later, it’s still holding its own. This is the fare of Bangkok—prepared with flair and lots of chiles.
Best Spicy Food, August 2010
If your idea of a culinary adventure includes a thousand African fire ants partying in your mouth—and later, the rest of you—you’re in the right city. The habaneros, Szechuan peppercorns, and Thai chiles bubbling away in L.A.’s kitchens are not just about heat, though. They amp up flavors and cut through rich broths. Jitlada, a Thai Town darling, incorporates a judicious dose of fire (which is still too much for most) into every dish. The crispy morning glory salad sounds innocent (the greens are similar to watercress)—but then why is our tongue tingling? Kua kling beef starts off with an earthy curry flavor and develops into a lip-numbing extravaganza. 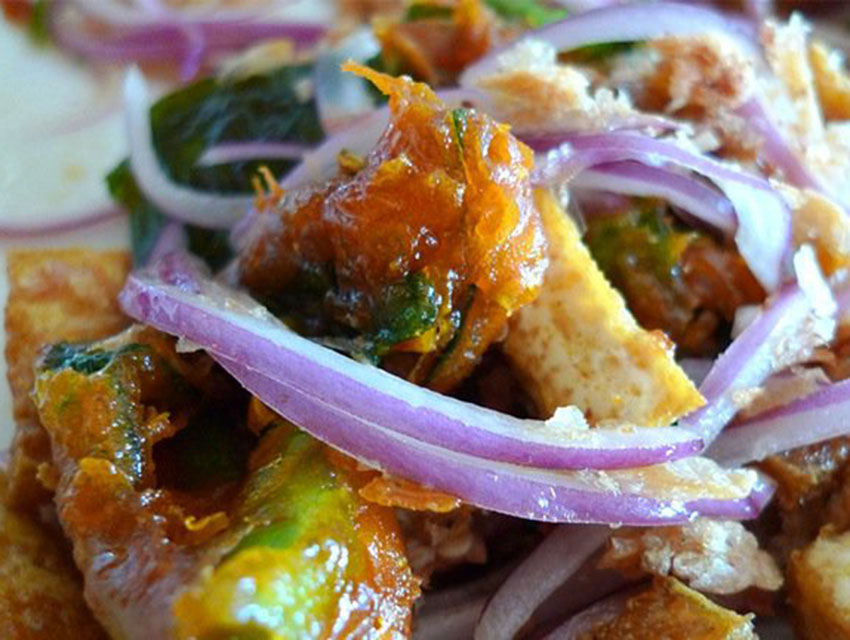