When transplants from the Crescent City hanker for gumbo and cornmeal-crusted catfish, they head home to Mama. For Creole-style food—a mélange of French, African, and Native American flavors—Harold & Belle’s is as close to the Dirty Coast as you’ll come on the West Coast. Hot, buttered french (of course) bread is offered on arrival. There’s no missing the toasty roux in the filé gumbo, made with sassafras, shrimp, sausage, ham, and chicken crowned with half a blue crab. The crawfish étouffée in spicy gravy will have you humming zydeco, while the well-spiked bourbon bread pudding will leave you with a Sazerac-worthy buzz.

At $17, the po’boy at South L.A.’s Harold & Belle’s is not for the po’. That is one premium sandwich—pricier even than the exquisite oyster loaf at the Hungry Cat—and yet it is the only po’boy in Los Angeles that tastes properly New Orleanian. The bread is chewy, the shrimp pounded and dredged, the dance of brine and butter as joyous as Jazz Fest.

If you find it hard to imagine that an ivy-covered former pool hall in Jefferson Park doubles as a portal to New Orleans, you haven’t sampled the jambalaya at Harold & Belle’s. Chef-owner Harold Legaux employs steaming (not sticky) long-grain rice, chicken and shrimp sautéed with onions and bell peppers, and smoked all-beef sausage from Pete’s Louisiana Hot Sausage just down the road. Jambalaya should be subtly spicy, not soupy or dry. Legaux knows how to elevate the flavors from a rich tomato base into a zydeco of a treat that’s piquant only on the finish. With the texture of paella, it’s Africa, France, and the Caribbean wrapped in one, just like the Big Easy. 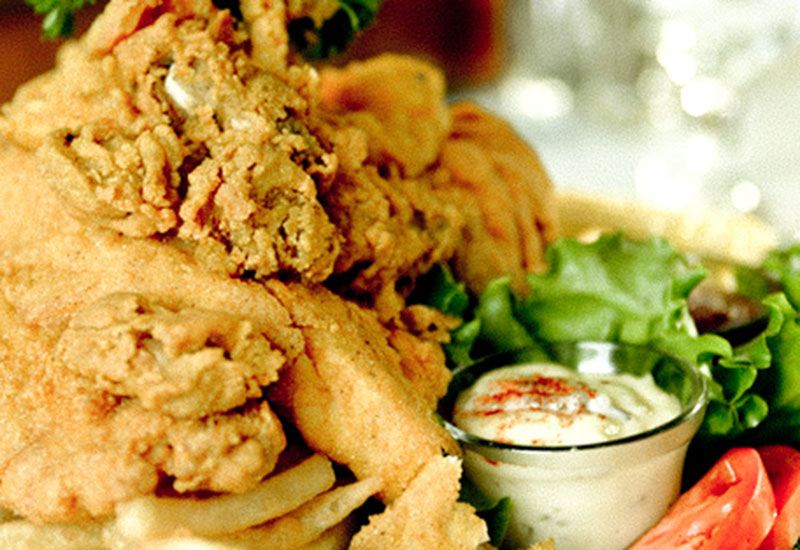