Waiting on the sidewalk is part of the routine here, where the menu covers a huge swath of Vietnamese standards. Neither too fatty nor too sweet, the pho has a subtle complexity other restaurants can’t consistently achieve, and the cha gio (fried egg roll) is ideal, with a crisp amber wrapper surrounding ground pork, mushroom, and cellophane noodles. After a bowl of bun thit nuong (charbroiled pork with rice vermicelli), everything seems a little brighter.
Best Pho, July 2007
Pho is the taco of Vietnam, the country’s signature dish and a staple to be eaten throughout the day. You can get giant bowls of the noodle soup with cooked beef, raw beef, tripe, tendon, and the like, but at its core, pho (pronounced FUH-uh) is about the broth. Though the San Gabriel Valley’s Pho 79 and Pho Pasteur make some of the finest examples north of Orange County, top honors belong to Golden Deli, where the meat is sliced thin, the noodles are clingy and soft, the broth is rich without being fatty, and the balance of cinnamon and anise is precariously delicate. Accented with fresh Thai basil, Chinese cilantro, and bean sprouts, it’ll leave you spent and refreshed. 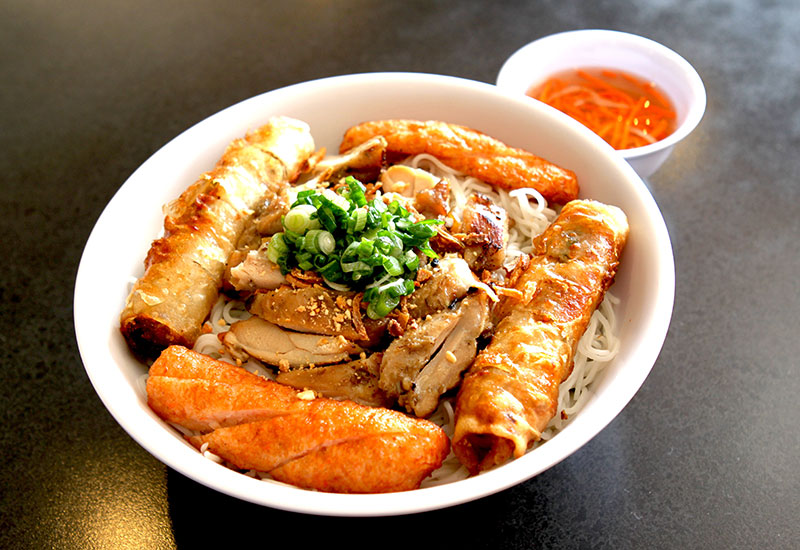