At their still-unmarked Fairfax enclave, Jon Shook and Vinny Dotolo have maintained—even honed—their knack for rejiggering comfort food into balanced, thoughtful dishes that leap with spurts of acid and fat. Charred onion pho dip with tendon puffs could rule any Super Bowl spread, while the truffled toad-in-a-hole resembles an amplified riff on the croque madame. Whether armed with pig’s ears, poutine, or bone marrow, this creative duo has done for dude food what The Simpsons did for cartoon comedies.

Best Restaurant for an Adventurous Carnivore, August 2012
It may seem obvious to award the bizarre-meats prize to Animal. But four years after Jon Shook and Vinny Dotolo opened their flagship on Fairfax, L.A. has become home to places like PIGG, where you can get spleen sandwiches and “brainaise” sauce, and Waterloo & City, which whips up terrines with wild boar and tongue. That Shook and Dotolo still serve the most unusual array of proteins is impressive. While it’s bold to say you consumed veal brains, relishing them is even better, especially when spiced with vadouvan and set atop apricot puree. Sweetbreads are chicken fried and tender. Pig’s ear, head, and tail are prepared in such a way that you stop caring about the nose-to-tail craze and simply enjoy the meal. These chefs aren’t pandering to shock; they’re striving to awe. » 435 N. Fairfax Ave., Beverly Grove. 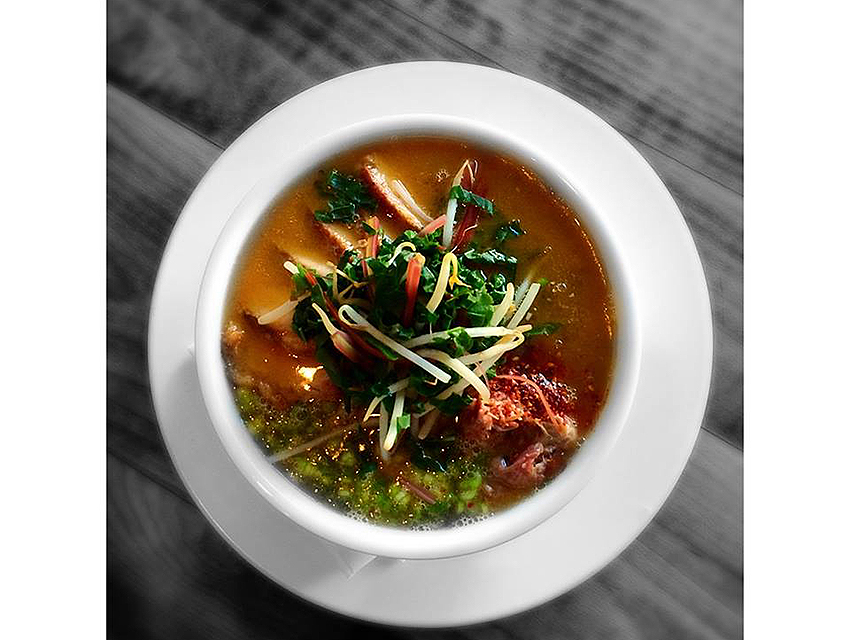