Between the pulsing DJ beats at the Standard and the scene at the W Hollywood, it’s difficult to find a rooftop pool that’s relaxing and not too crowded. There’s plenty of room at the glitzy London West Hollywood. The only way nonguests can gain entrée to the shimmering 45-foot pool is to rent a cabana. Yes, it’s a splurge, but for $800, plus a minimum tab of $275, you and five of your friends can while away ten hours lounging around sipping nonalcoholic drinks from the mini fridge; munching on complimentary fruit, chips, peanuts, and other snacks; and posting selfies. 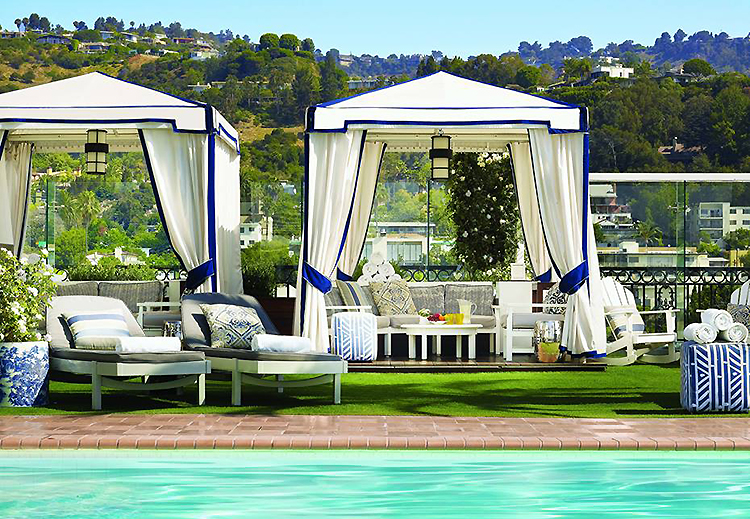