Middle Men, Gavin’s 2013 debut, reads like the real-life Short Cuts—only with bottomless empathy instead of bottomless Julianne Moore. What might seem defeatist in other stories comes off as small victories in his. We looked him up (so should you).

What’s it like to write about locations your readers might know?
As much as possible, I try to put down a real place, and I feel an obligation to get it right. In Dublin you can still go to the pubs James Joyce mentions. There’s a bar on Fairfax, Tom Bergin’s—it used to be my local spot—and I know it will appear in the novel I’m working on.

If you could invite three L.A. authors—dead or alive—to dinner, who would they be?
The dinner would be at Lou Mathews’s house—he’s the best living writer in L.A. In addition to being an old-school L.A. dude, he’s a brilliant cook. I need his chile relleno recipe. Raymond Chandler can bring the booze, and maybe Chester Himes can drive up and hang out.

Should you judge a book by its cover?
I think one should. One of the defining moments of my writing life was in college: I was in a bookstore, and the cover of The Crying of Lot 49 gave me a chill. I opened it and started reading; 30 minutes later, I was still reading. I’ve had that experience many times—a great cover can do that for you.

How is your work affected by sense of place?
Once I made the decision to write about my own life, I was determined to get down to the grit or glory of the places that evoke something in me. There’s a certain quality to SoCal that is inescapable. I started finding my voice when I started writing about the places I’m from as if they were as grand as Paris in the ’20s. 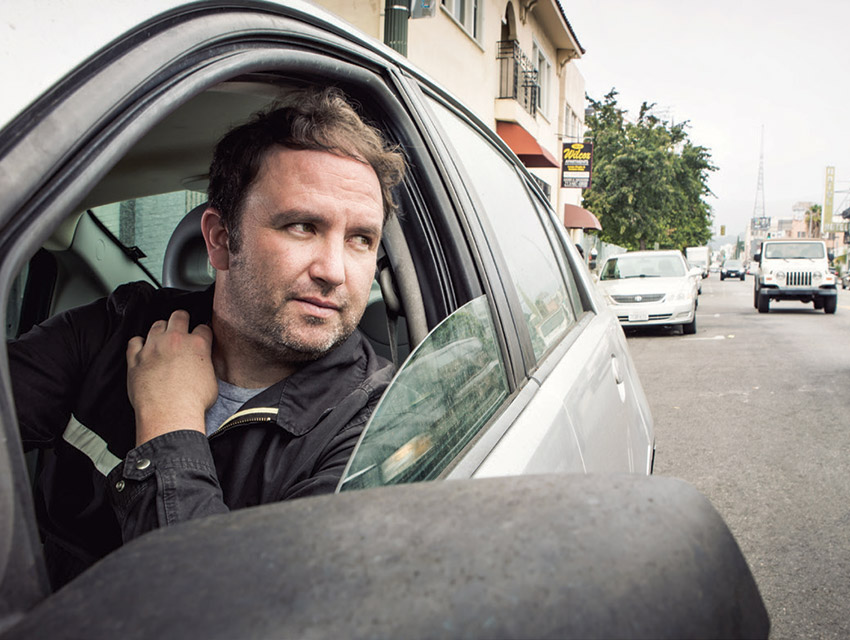