Home Philanthropy On a Learning Curve 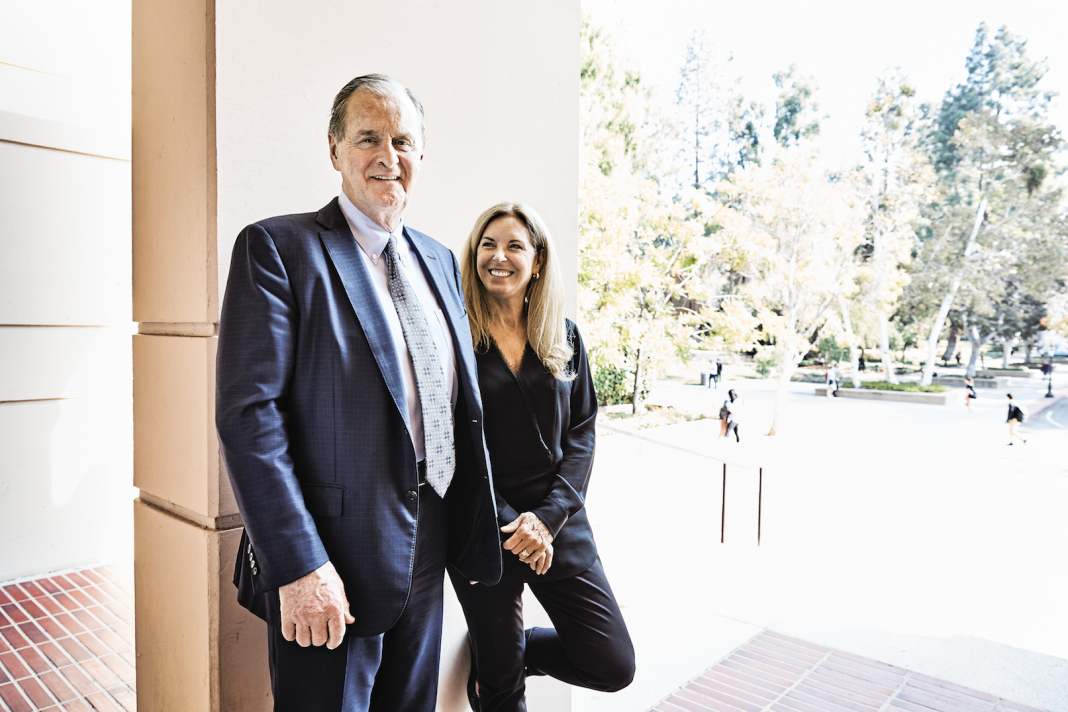 Dr. James London was frustrated. The organization he and his wife founded, South Central Scholars, had been extremely successful raising money and awarding scholarships that enabled thousands of minority students who excelled at underperforming high schools to attend college. Since the organization was founded in 2001, 98 percent of the Scholars had graduated from college, and the organization has raised more than $5 million. “At first I thought, ‘Great, let’s have a party,’” says London, an orthopedic surgeon who lives in Rancho Palos Verdes. “But after talking to a lot of students in their third and fourth year of college, many said they were disappointed they weren’t going to achieve their dreams of being doctors or engineers.”

The problem was that those who excelled at science, technology, engineering, and mathematics in high school found themselves struggling in college. London examined the college records from 2008 to 2012 of 500 of the Scholars and discovered that 75 percent of the kids who had entered college as STEM majors transferred to other majors by their second year. “I realized that you can’t just use college graduation as a measure of success,” he says.

So in 2012 he and his wife, Patricia, founded the South Central Scholars Summer Academy, an intensive program focused on preparing minority students for college. Spread over seven weeks—five days a week, eight hours a day—at USC, it is an academic boot camp for high-achieving high school juniors and seniors, the majority of whom are Latino and African American from disadvantaged backgrounds. All take precalculus or calculus in the academy, and some, a college-level English class, but they are also offered courses in computer science and chemistry. University professors and teaching assistants, many from the USC faculty, provide the instruction and one-on-one-support; the program lends students laptops and covers the cost of transportation, lunch, and books as well.

The results have been impressive. Of students who attended the summer academy from 2012 to 2015, 72 percent have received college degrees in STEM fields or are on track to do so, with much higher grade point averages than those of the Scholars London studied from 2008 to 2012 who didn’t participate in the summer program. In addition, he says, students are performing much better in their college writing courses.

“The summer academy got me ready for college academics—100 percent,” says Taryn Johnson, a senior at Wesleyan University majoring in math with a minor in applied data analysis. Her father is a construction worker, and she will be the first in her family to graduate from college. “I was able to stay as a STEM major because I felt confident I could handle the material,” Johnson adds. “My first year I took Calculus 1 and 2, and they felt like the easiest classes I had because I was so prepared.”

The USC professors were so impressed with the summer academy that they told the Londons the template should be replicated around the country. Two years ago, the couple created a similarly successful program in Boston. Next year the organization will recruit students from around the U.S. for the two academies, and the couple hopes to establish another program in Amherst, Massachusetts.

“We’ve had to redefine success,” James says. “We realized diversity at elite colleges is not enough. After visiting students across the country, we saw a lot of broken dreams. We saw students who wanted to be doctors or engineers but after getting poor grades their first year had to transfer to less demanding majors because they didn’t have the math skills. We saw students who wanted to be lawyers but didn’t have the necessary writing and critical thinking skills. These students were certainly bright enough, but they simply didn’t have the same preparation as kids from more affluent backgrounds.”

I have a personal interest in this story because a book I wrote about the challenges of gifted students at Crenshaw High School in South Los Angeles, And Still We Rise, sparked the interest of Patricia. She wanted to help, so she made an appointment to speak with the school’s college counselor. The first student the counselor told her about was a girl who had been accepted to UC Berkeley but couldn’t attend because she didn’t have the money. Her father sold hot dogs outside Staples Center, and she needed another $3,000 on top of the financial aid she was offered. The Londons made up the difference.

They founded South Central Scholars the next year. More than 700 students have received SCS scholarships. In addition to providing funding and SAT preparation, SCS has paired hundreds of students with professionals who help them navigate the college experience, and many recipients go on to mentor younger Scholars, helping them obtain jobs and internships.

The Londons don’t just oversee the program. More than a dozen students—many of whom were homeless or from abusive homes or in foster care—have lived with them, some for several years as they completed high school and applied to colleges. The couple even adopted one student, who went on to graduate from Yale Law School before joining a firm in New York.

The Londons make an effective team. Patricia, who has an ebullient personality, provides emotional support for students as they struggle with an array of challenges far from home. She sends holiday cards, frequently calls and e-mails, and crisscrosses the country visiting homesick students. Her husband, who is more reserved, focuses on the analytical aspect of SCS. He recalls when he and Patricia approached an education professor about the idea of starting the summer program. Don’t make it any more than two or three days a week, three hours a day, the professor insisted, or else the kids might lose focus and drop out. James was discouraged; he knew from the experience of South Central Scholars that the students would need more prep time than that to succeed. But after another professor, a neuroscience expert at USC, assured him that the students could handle a more intensive program, the couple moved ahead.

“These students want as much as you can give them—and then they want more,” says David Akins. A retired math professor at El Camino College and Cal State Long Beach, he has taught calculus at the summer academy for five years. “Many come from underperforming high schools,” he says, “but they pick up things very quickly because they are bright. And they’re just so eager to learn. The majority want to sit in the front row. That’s not the kind of thing you see very often. As a teacher, it’s a delightful situation.”

Heidy Santos-Valencia, a junior who is pursuing urban studies and education studies at Brown University, says that if it wasn’t for the summer academy, she never would have been accepted to an Ivy League college. The first time she took the SAT, she walked in without any preparation and didn’t get the results she needed. After participating in the summer academy, she improved her score 250 points. Santos-Valencia’s mother works as a seamstress in a factory downtown; her father, who works in an auto body shop, tells her he cannot believe someone from their family is actually attending college. In addition to preparing her for Brown, the summer academy served as a refuge. “My neighborhood in South-Central is not the best,” says Santos-Valencia. “My neighbors are drug dealers, and the park is not a safe place to be. If it hadn’t been for the summer academy, I would have just been sitting at home, watching television. Instead, I got to take classes that gave me a lot of confidence when I started college.”