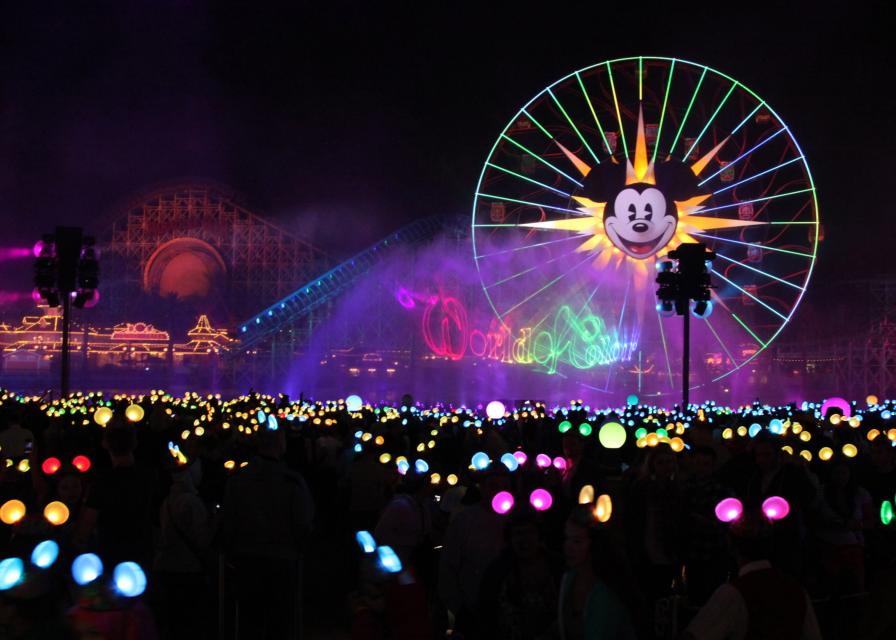 Reputation: The famed Anaheim theme park is too expensive, too crowded, and too commercial to merit a visit.

Reality: It is all those things, yet at 61 years old, Disneyland remains close to perfection. The a cappella quartets, the Imagineered brilliance of those rides, the fireworks displays, the churro carts and whipped pineapple treats—no argument, this place deserves number one diversion status for locals and visitors alike.

Reputation: The birthplace of skate and bodybuilding culture is now merely a haven for washouts and a marketplace of crummy jewelry and legalized pot.

Reality: The boardwalk retains its hard-core hippie groove, but it isn’t all cheap trinkets in a cloud of ganja. The jugglers, acrobats, and broken-glass walkers haven’t disappeared; they’ve only become more nimble, and kids still love them. Along with Manhattan Beach and the Santa Monica Pier, Ocean Front Walk remains one of the city’s few legit seaside experiences—complete with Muscle Beach, handball courts, and penny-squishing machines. Plus it’s free. People watching is primo here, but remember: Things get sketchy at sundown.

RELATED: The 100 L.A. Things Every Angeleno Should Do at Least Once

Reputation: Only women who look like Julia Roberts (and maybe even J.R. herself) are allowed on this stretch of elegant boutiques in Beverly Hills. You will need to carry a tiny dog in a tiny purse.

Reality: The street is indeed packed with glorious temples of commerce that are worth a gander, from Tiffany to Bulgari to Prada to Gucci to Tom Ford, but most seem more like brick-and-mortar advertisements. The day I went, just about everyone on the street was slinging a camera and only a handful were carrying logo-embossed shopping bags. Think looky-loos and some well-perfumed matrons—your chances of spotting an A-lister are slim to none. The street could benefit from more sidewalk cafés and fewer tour buses.

Reputation: Millions tread this storied pavement—but probably just to get from Grauman’s Chinese to the Pantages. Why would anyone stop to ogle old terrazzo?

Reality: More than 2,500 black squares with coral stars hold a magnetic appeal for visitors—entire families lie down on the ground for pictures. After walking the 18 blocks, I finally get it: The squares act as avatars for their honorees and, unlike them, never mind posing. The good news is that with Hollywood’s heated-up bar scene, you’re more likely to see a real star on the sidewalk dashing into the Hollywood Roosevelt, the W, or Katsuya by Starck. For guaranteed sightings, show up for a Walk of Fame star presentation, which is open to the public.

Reputation: The hallowed West Hollywood roadway where two Keiths (Richards and Moon) reportedly dropped TVs out of hotel windows has lost its nightlife mojo to Hollywood, Echo Park, and downtown. Come here if you want to be stuck in traffic between limos filled with bachelorette parties and prom-night kids.

Reality: While the Riot Hyatt is now the swank Andaz hotel and Tower Records is no longer a record store, many of the major landmarks are still up and running: I found the Whisky a Go Go rocking, hordes of teenagers gathered outside the Roxy, and a steady queue of not-only-tourists outside the Comedy Store. What’s more, the most high-profile billboards in all of L.A. make for a rotating art display.

Reputation: A string of chain stores, buskers, and unremarkable restaurants in Santa Monica that lost its allure when independent shops like Midnight Special got the boot years ago.

Reality: It’s undeniable: This is an outdoor mall with ocean breezes. That said, what a difference the rebirth of Santa Monica Place (at Broadway) has made, infusing these three blocks with much-needed energy. Some storefronts not even a decade old are being replaced with bigger, shinier versions. Even the buskers have cleaned up their acts. I saw only one, singing an Italian opera. The two hours of free parking in structures off 2nd and 4th streets are a bonus.

Reputation: An impenetrable citadel that’s “open to the public.” Don’t expect to feel welcome unless you’re a scholarly researcher, a rich donor, or a marauding Visigoth.

Reality: With no professorial credentials, blank checkbook, or battle-ax to present, I visited the Brentwood aerie on a wet and windy day and was offered a complimentary umbrella as soon as I exited the monorail station. Once past the free coat check, there was an orientation theater, a free headphone guide, and loaner pencils and clipboards. That human chain of docents is eager to answer any question, whether it’s about the nearest baby-changing station or the birth of the baroque. Did I mention that other than the $15 parking charge, there’s no admission fee? This is a class act. If only we could get some more oil billionaires to spend their money this way.

Reputation: A famed ocean liner that may be permanently docked in Long Beach but transports visitors back to a glamorous age.

Reality: The old girl’s deco lines still thrill, but over the years her owners have treated her as well as Elizabeth I did Mary Queen of Scots. I noticed holes in the ceiling, water dripping down the walls, and handrails so loose that it was more dangerous holding onto them than not. One bright spot was Sir Winston’s restaurant, where the staff and the room zip along at top speed.

Reality: No doubt this mall lacks a natural flow, and you have to take more than one trip to figure it out. Yet I was surprised to discover that it’s not a bad base camp for spending a day in Hollywood. The validated parking is a deal ($2 for two hours), and the restaurants are a refuge. The Chinese Theatre forecourt enchants, and you can take the subway there—fancy that!

Reputation: A pier whose best days are behind it—kinda dirty, kinda tacky, with rides so old and creaky, you’re taking your life into your hands if you dare partake.

Reality: The jetty, which stretches 1,600 feet into the sea, is populist without being run-down—everything is scrupulously maintained, and everybody is in a good mood. Kids go crazy for the smooth-operating and brightly painted rides at Pacific Park. Six sit-down restaurants serve everything from jerk chicken to enchiladas, or you can catch your own dinner (fishing is allowed without a permit). Don’t miss the Ferris wheel’s outrageous sunset views.

Reputation: An overpriced, overhyped theme park with dated attractions and a bunch of old sets that got torched in a fire.

Reality: The $115 fee is steep and the amusement park section—with its hokey animal show and ancient WaterWorld (!) adventure—second-rate. But for almost 100 years, movies have been made here—and no fire or other calamity has shut them down. My studio tour tram drove through in-the-thick-of-it productions with real-life grips. Much of the back lot has been rebuilt over the years, but some sets still stand from the silent era. Stick to the lower-level tram tour, which sweeps you past the house from Psycho and along Wisteria Lane.

Reputation: A beloved landmark that caters to The Price Is Right contestants and seniors nursing chicory coffee all day.

Reality: The merging of the Grove and the Farmers Market gave new life to an already thriving piece of L.A. history. While Starbucks made a beachhead some years back, that’s beside the point, as the much longer lines at Bob’s Coffee & Doughnuts attest. The market remains overwhelmingly quirky, from the funky souvenir stands to the Shine Gallery’s vintage toys in their original packaging. The produce trade may have shrunk, but the market continues to host some of the city’s finest butchers and fishmongers. Hop on that trolley to the Grove’s center—a little Vegas-style water show will do you good.

Reputation: A musty cluster of haphazard structures that hasn’t changed much since you went there on a sixth-grade field trip.

Reality: The encyclopedic collection housed in the city’s largest arts institution has always been superb. Light-filled pavilions built over the past several years have allowed the works to breathe and has enabled pieces in the older galleries to claim more real estate. Unfocused outdoor spaces have been tamed through gargantuan-scale outdoor art, radically transforming the campus. LACMA is also wonderful for children—there’s no charge for kids 17 years or younger.

Reputation: A safe place without character where the street performers won’t bully you for a tip.

Reality: These three blocks in Universal City are bright and lively and clean, but only those suffering from extreme rupophobia (fear of rubbish) would consider it a substitute for getting their feet wet in a real city. CityWalk is a bizarro world where Tony Roma’s and Bubba Gump are the star chefs, the Upstart Crow still has a book on its sign but doesn’t sell books, and the closest parking ($15 before 3 p.m.!) is plain extortion.

Reputation: Can a mall jump the shark? If so, this bulky, featureless fortress must have.

Reality: I was not prepared for the pristine sparkle of the place. The glassed-in space-station escalator banks on Beverly are awash in glowing white surfaces and delicate floating orchids. I’ve never seen such determined consumers, even in the Ed Hardy store. They’re here not just to window-shop or kill time but to buy, buy, buy. Although the familiar chain stores are represented, you can find outposts like the L.A. flagship of British clothier Superdry. When I saw the infant tracksuit at the Ferrari store, I realized that this is a lifestyle passed on from generation to generation. And how many other malls have a mozzarella bar? Mamma mia!