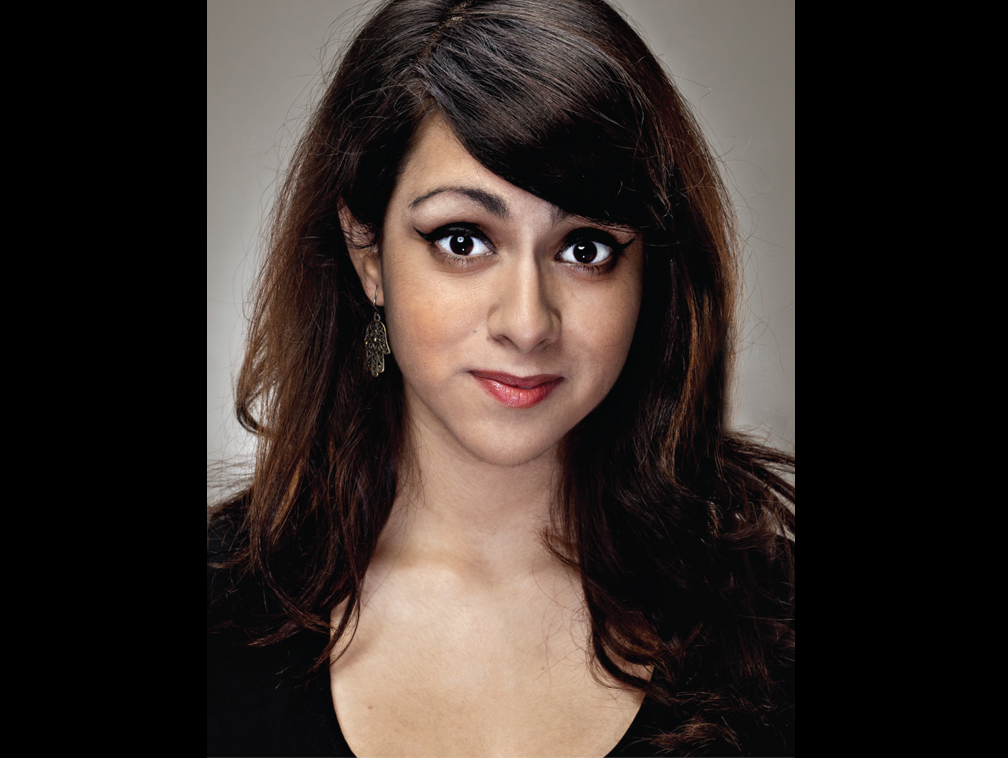 André Theus
Global Studies major, UCSB
Mother: Irish-Scottish-Welsh
Father: African American-French Creole
› My mother found out she was pregnant with me the first day of the riots. She went to help a friend near Florence and Normandie and had to hide on the floor of the car. I see myself as both black and white, but I check “black” on the forms because that is what I am on paper and how the police or the government will identify me. But at the end of the day my skin color should not be the deciding factor. I want to be André: not black or gay but simply me. Raquel Sharaf
Premed student, USC
Mother: Mexican American
Father: Persian-Israeli
› During high school, a substitute teacher made a joke about my being a “terrorist,” and some of my classmates chimed in that I was Arab. It was more disappointing that my peers had such a detestable image of Arabs than the fact that they had mistaken my ancestry. It became clear to me a long time ago that I couldn’t define myself—or others, for that matter—based on race. It’s all about who we are underneath. I’m not Mexican half the time and Persian during the other half. Sophia Lykke
International Development Studies major, UCLA
Mother: Amerasian-Japanese
Father: Danish
› When I was young, I was frequently asked, “What are you?” On standardized tests in school, I never knew whether to select “Asian” or “white.” Now, in a public university setting with so much diversity, people don’t seem unaccustomed to heterogeneous racial identities. I’ve been told that I am racially ambiguous and can pass for many different ethnicities. From a young age people told me that my mix was beautiful, and after 19 years I believe it to be so. Allie LaPierre
History major, UCLA
Mother: African American
Father: French Canadian
› In elementary school a lot of my insecurities lay in my curly hair. One day a girl yelled that I was a “nappy-headed brat,” and I went home in tears. When I got to college, a lot of people would ask me about my coloring. I got used to explaining my parents’ ethnicities. Someday people will stop reacting to it, but not for a long time. In L.A. we see children of all types of ancestry, so it is more accepted. I am proud to have parents strong enough to make an unconventional relationship work. Jonathan Lopez
Communications Major, mount San Antonio College
Mother: Spanish-Italian
Father: Mexican-Spanish-Italian
› I was raised in Diamond Bar, where it is a giant melting pot: Asians, Latinos, blacks, and Hindus. I know there are people who do not like racial mixing. The atmosphere is better than ten years ago, but I do not see a point where people will stop showing hate. A friend of mine who is Caucasian and black went to visit relatives in Arizona, and he got glares from people everywhere he went. All we can do as young adults is treat everyone with respect.

Tre Hale
History major, UCLA
Mother: Caucasian-Costa Rican
Father: African American
› My whole life my mother emphasized my African American side, and I greatly appreciate her for this as I get older. I mean, people are going to be people. I definitely am viewed differently now than when I was a child. At six feet three and 295 pounds, with an arm, chest, and neck full of tattoos, I’m not your everyday-looking guy. My mother is an inspiration to me. Being a white woman raising a black man alone in today’s society is not an easy task, and she did it like no other.