Home Fashion The Story Behind our Fashion Feature with Katharine McPhee 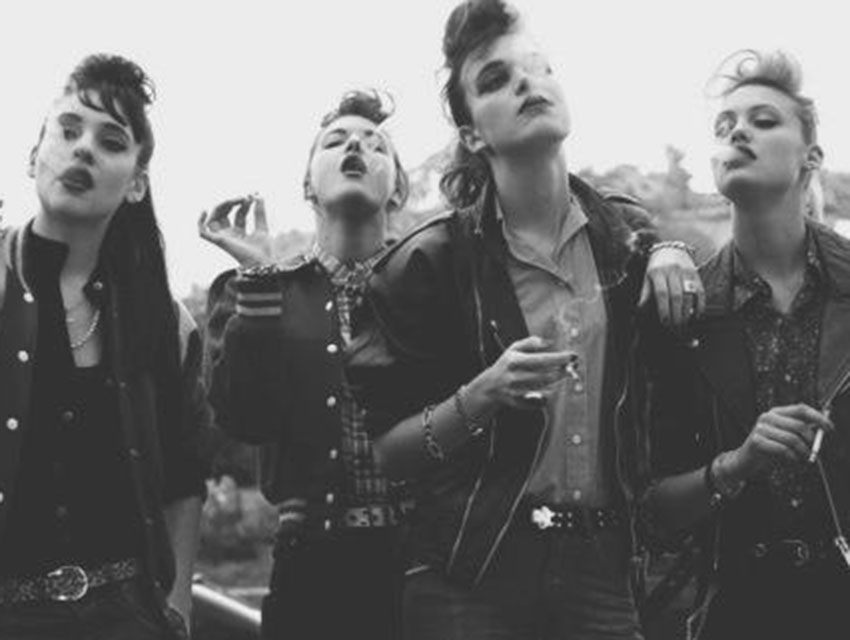 When I started brainstorming the concept for Los Angeles magazine’s September fall fashion feature, I naturally looked to the season’s runway shows for a starting point. But they seemed to be all over the map. There was retro sixties-mod, menswear, even pulp novel girl gangs. Eventually, I found a through line: Most designers seemed to pay homage, in their own ways, to feminine strength and rebellion. Now that was an idea I could wrap my head around.

I kept thinking about the Zimmermann show. Australian designer Nicky Zimmermann had looked to Teddy Girls, Sharpies, and the Beats for her fall collection. Teddy Girls were a spin off of the Teddy Boy youth subculture that had bubbled up in the UK in the ‘50s. Teddy Girls challenged the establishment by wearing boy’s jeans with thick cuffs, blazers, and button-down shirts (hence the boyfriend jean trend). Sharpies were the Australian equivalent of that time, and L.A. had its own version during that era, too—Zoot Suit women. These ladies intended to make a political statement by dressing like their male counterparts in oversized suits, and they favored dark lipstick and the bouffant hairstyle. I had found my inspiration. I decided the shoot would follow a girl gang dressed in looks that referenced all of the season’s rebellious inspirations and threw in some Marlene Dietrich-esque, badass-boss-lady suits for good measure.

As our gang leader we cast the lovely and gorgeous Katharine McPhee. You might have watched the L.A. native sing her heart out on American Idol or on the campy cult TV show Smash. McPhee returns to television next month on CBS’ one-hour dramatic thriller Scorpion. She doesn’t sing on this show and has decided to focus on acting now, but we were treated to a few melodies from the former chanteuse during the shoot.

For interviews with McPhee, an up close look at the jewelry and designer pieces used in the shoot, the breathtaking views of our location, Saddlerock Ranch, watch the behind-the-scenes video above, then see how it all came together in the September issue.

Honey Made by Bees in Different Parts of L.A. All Tastes Wonderfully Different

My LA to Z: Sebastian Roché