Home Uncategorized The Trade Off 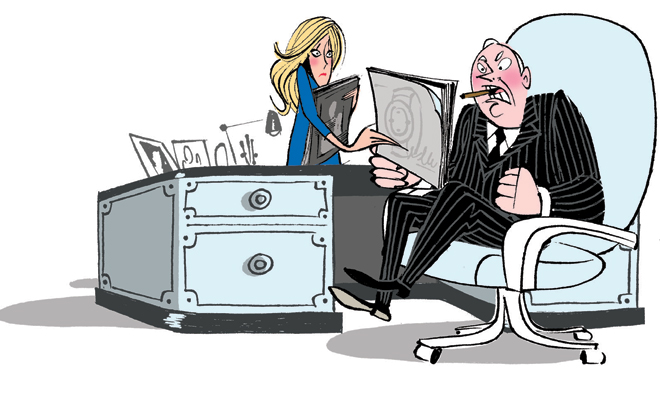 The movie business has faced challenges since the moment D.W. Griffith unfolded his director’s chair downtown in1913. Television was supposed to kill it off, then Betamax tapes and video games. None did, but the way we consume media (think binge watching) has taken its toll on the bottom line. The one thing that remained largely unaltered about Hollywood for a century? The trade papers reporting on it. Until recently Daily Variety and The Hollywood Reporter chronicled the industry’s tumult with a reliable self-importance and signature “slanguage.” No matter how far motion pictures strayed from their golden age, these publications would cover them with the same gossipy and glib style that dated to Louis B. Mayer and the Warner brothers.

I was accustomed to seeing the trades when visiting homes of relatives who were in the business, or on the coffee tables of my school friends with parents who worked at the studios. I loved the boosterism with which the trades declared a film a megahit or their thinly veiled schadenfreude tallying the receipts of the latest bomb. Looking at box office returns that weren’t boffo in Variety, I could imagine a studio boss shouting at his beleaguered assistant to “bring me the head of so-and-so.” Variety and THR turned an industry with worldwide impact into a small- town operation; there was something quaint about their job listings (who “ankled” and who was “upped”) and wedding announcements (God forbid you married a “nonpro”). I got older, the industry kept evolving, but the trades chugged along like it was 1942.

I was naive to think they’d stay that way forever. No one needs the trades to deliver morning headlines that your smartphone has churned out the night before. In this issue Patrick Goldstein chronicles the changing nature of Hollywood news. Today Variety and THR are glossy weekly magazines that still cover who’s up and who’s down, but they also “report” on which designers those folks are wearing and who installed their home theaters. Online the trade rivalries have turned into a circus. When Nikki Finke’s Deadline and later Sharon Waxman’s The Wrap entered the fray, a duo battling over scoops became a fighting quartet. As Patrick shows, the trades reflect—and indeed embody—the volatility and disarray of the entertainment industry. A part of me, as a journalist, wants to be excited about a bunch of writers getting into a row over…news. (Competition makes you better—every day I bemoan the demise of the Herald Examiner.) But Patrick questions whether the bragging rights to “Exclusive!” will be the death knell of actual reporting. I miss the punny headlines and shoddy design of those old rags. The question now is, What will the legacy of their current incarnations be?

Gifts to Devour: Locally Sourced Items For Your Favorite Foodie