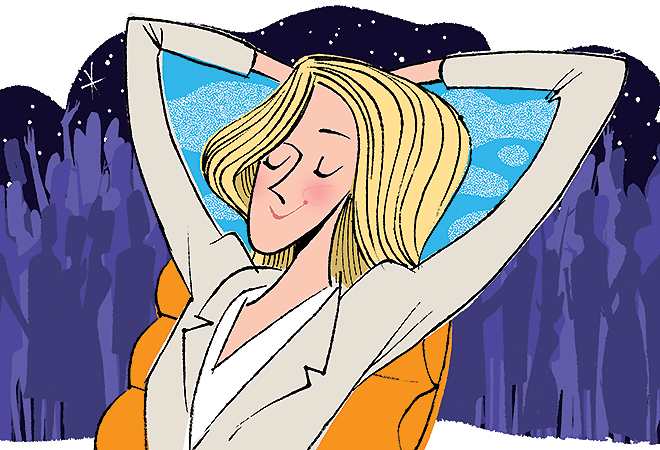 From the stone fruit saturated in sunshine at the local farmers’ market to the travertine flanks of the Getty Center spotlighted in a rising moon, L.A. does not lack for stimuli. It would probably take two lifetimes to savor the tastes of the countries that have exported their national cuisines here. Then there is the laughter, shouting, horn blaring, and engine revving that I absorb from my office, ten stories above Wilshire Boulevard. They are the sounds of a million intersecting lives.

In this issue our photo portfolio, “Saturday Night in L.A.,” embraces that tumult. We asked a legion of photographers to spread out across the city and capture a single evening. Their images may be visual, but their work affects all the senses. Photographs of familial closeness and prayer inspire feelings of vicarious warmth. In a portrait of a dance floor, you can appreciate the heat of the strobes, the shuffling of shoe leather; in another shot you are plunked beneath the beating blades of an LAPD helicopter.

The cacophony of urban life isn’t for everyone. In this month’s Well-Being column, writer David Hochman talks about his quest to seek quiet in the racket. When I moved into my Eagle Rock home 16 years ago, I supposed it would take some time to get used to the thrum of the two freeways that intersect below our back patio. I mentioned as much to a friend who dropped by the new place. He stepped outside, took it in, and closed his eyes. “It’s beautiful,” he said. I closed my eyes and heard what he heard—the distant whisper of tires as gentle and constant as the surf of Malibu. Add the overlay of frantic hummingbirds drinking up our sage blossoms, and I had to admit: It was peaceful.

I’ve tried to apply that calm to other areas of my life. Recently I completed a course on Transcendental Meditation, which posits that two 20-minute sessions of quiet a day will reduce the stress that bears down on our nervous systems and psyches. Like so many before me, I was given a mantra and taught how to return to it when my mind wandered (to the concerns of family and colleagues, to those nonnegotiable deadlines, to that 24/7 influx of texts and e-mails, to what to make for dinner). Other thoughts, I was told, were to be expected; I should accept them, release them, and move on. It was easy to slip into the mantra’s rhythm. I feel relaxed (or conversely, energetic) after a session.

Setting aside 40 free minutes a day is nigh impossible, but even 20 out in the yard can turn the racket into a song. I take a shady seat on my patio with my eyes closed and my body still. The day’s demands recede. Those tires and those birds? All these years later they’ve become the background vocals on my soundtrack. Life isn’t always harmonious, but staying open to the unexpected joys around me helps keep me in tune.