Home Outdoors Beaches Reflecting on the Timeless Mystique of Malibu 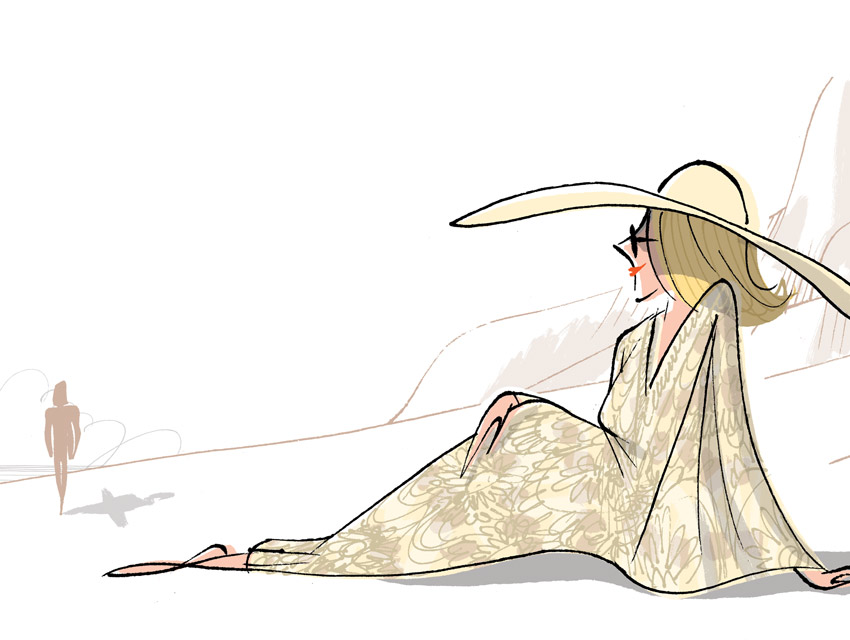 By my estimate there are three neighborhoods in L.A. with instant name recognition—no matter where you are—because of the gilded lifestyle they connote: Hollywood, Beverly Hills, and Malibu. People hear “Hollywood” and envision a place where movies and TV shows are made (when they should be thinking Toronto and Atlanta); people hear “Beverly Hills” and imagine celebrities sashaying down palm tree-lined avenues (they’d be more likely to spot A-listers at the Starbucks in Paciﬁc Palisades); people hear “Malibu” and picture surfers, billionaires in oceanfront mansions, and a jagged coastline that inspires early-retirement fantasies (which isn’t entirely misguided).

But dig a little in that warm sand and you’ll soon discover that Malibu is much more than those clichés. Though it swells with visitors, its population is that of a small town (13,000). Many of its residents are boldface names, but they don’t dress up to take their kids to school, and you might run into them at the local gym. In fact, it’s many of those same names who gather with their neighbors to protest developments they believe will take away from Malibu’s rural mystique. The place is a step above iconic; it’s mythical.

This month we seek to explore the mystery that is Malibu. I call it a mystery because, at the initial story idea meeting for this issue, two questions stood out. One was from a colleague who had moved to L.A. a few years ago: Where, exactly, is Malibu? She’d never found a “there” there. Did it have a center? I said that I liken it to Big Sur: as much a state of mind as a city. Another colleague asked: Why Malibu? Meaning, why had so many wealthy people built or bought second homes ten miles from their ﬁrst homes—wouldn’t they rather be away from it all? Though Malibu begins where Santa Monica ends, I told her, it has always struck me as being just that: away from it all. L.A. recedes remarkably fast as you go up PCH.

Because I ﬁnd it such an easy escape, Malibu has long been a favorite day trip for me. On a recent weekend I packed some tangerines, trail mix, and my 12-year-old son, Isaac, into the car for a gorgeous drive to the ’Bu. We hiked a trail at Point Mugu, then dropped into Sycamore Canyon for a walk through the campground. We stopped at Zuma for people-watching and a horrible lunch (I had voted for Malibu Farm at the pier but was overruled). In the late afternoon I pulled off PCH onto Broad Beach Road and parked near a public access path. I hadn’t been to Broad Beach for years and was shocked by how much sand had eroded; the homes are practically in the drink. From the mid-’80s to mid-’90s, I spent some time here in the summer. My sister’s in-laws had rented a house from the actor Dan O’Herlihy, whose most notable role was as Robinson Crusoe in Luis Buñuel’s 1954 ﬁlm. I futilely tried to show Isaac where the house had stood—it had been replaced by something bigger—and remembered how I would help my niece build sand castles with the DeVito kids. It felt like a small town then, and it still does now. And like most small towns, it has a lot more going on beneath the surface than meets the eye.