Home Uncategorized Is There an App for That? 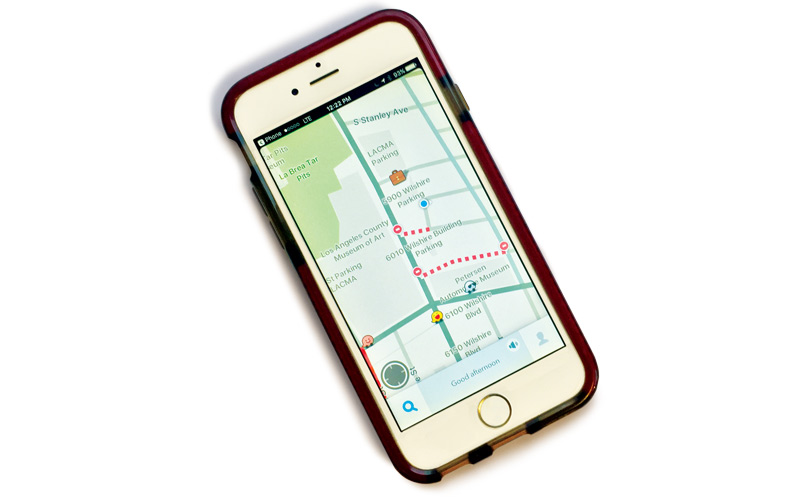 The first fax machine I ever saw was as big as a refrigerator. The owner of a computer company my sister worked for in the Valley demonstrated it for me when I was in junior high, feeding in a piece of paper while he said, “And now a copy of this is coming out at our headquarters in Baltimore.” Shut up! I couldn’t believe it. The first mobile phone? A family friend who lived in a Marina del Rey penthouse pulled one out of his pocket (not surprisingly, he was a motivational speaker who helped coin the phrase “thinking outside the box”), and my jaw dropped. The first iPod? At a Christmas party in 2001, I clicked the wheel through my pal’s playlist and marveled at his brand-new device. A tiny stereo with 1,000 songs—it can’t get more yum than that.

It has, in more ways than we could ever imagine. The Oxford American Dictionary—or at least the version that came with my MacBook—defines “disruption” as “disturbance or problems that interrupt an event, activity, or process.” Fax machines changed the way we transmit information; cell phones, the way we communicate; iPods, the way we listen to music. Where I disagree with the OAD’s definition is that I see most disruption as a virtue, not a problem. (Granted, the app I most often use is the traffic navigator Waze, and residents of the neighborhoods that it redirects me through likely don’t regard my presence that way.) Do I love that advances in tech have eradicated jobs, if not entire industries? Of course not. Do I think we’ve become too attached to our devices? Absolutely. But tech has also helped shatter the limitations of what’s left of the status quo and foments creativity every day, especially here in L.A.

In this issue we spotlight Silicon Beach, the Westside enclave that has launched more than a few successful start-ups (maybe you’ve heard of Hulu, Tinder, and Snapchat) and become Southern California’s hub of technology and innovation. The sector started forming around 20 years ago—I know because, as our research editor reports, I might have been the first writer to apply the “Silicon” moniker to the neighborhoods of Marina del Rey, Venice, and Culver City. I used it in a 1996 roundup I wrote for the Los Angeles Times Magazine about tech companies that were turning the area into “a haven for the digerati” (oh, that word—yikes).
In Los Angeles all this disruption can be seen as continuity. A century ago

Hollywood began bulldozing vaudeville and live melodrama as the dominant forms of popular entertainment, and we’ve never stopped experimenting with film since. The city’s appetite for reinvention, as much as its mild climate, attracted architects from Richard Neutra to Frank Gehry to design and build structures here that broke through the confines of what human habitation could be. L.A. innovators are constantly reimagining aeronautics and car design and space travel, medicine and fashion and art. Creativity is what fuels our city, and thankfully our tank is always full.

This App Will Change the Way You Explore L.A.