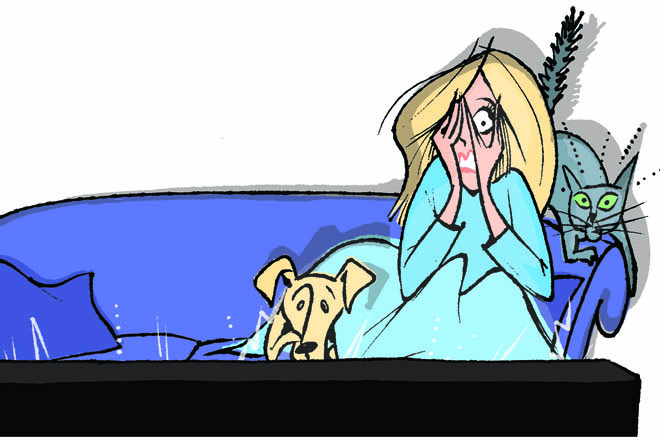 I recently unearthed a pile of childhood drawings my parents had saved. This particular batch dates to 1976, when I was six years old and enrolled in a summer art class at Hollywood High. My classmates were teenagers, and the assignment, if memory serves, was to create movie posters. I was an avid film fan even then, with a cinematic diet that consisted largely of whatever my older siblings were consuming, which was a lot of R-rated stuff. That explains why my art class portfolio didn’t feature Benji the dog but brutal scenes from Rollerball and The Exorcist. My homage to The Omen would have been rejected by Highlights magazine: With crayons I drew a smiling photographer being decapitated by a flying shard of glass.

There was a short spell after I saw The Bad News Bears during which I hoped to be discovered at Sizzler and cast as Tatum O’Neal’s best friend in some sequel. But the movies that stuck with me most as I sat next to my sister at the El Portal Theatre in North Hollywood, or in the living room with my brothers watching A Clockwork Orange (!) on Betamax, were the gory ones. Looking back, I’m amazed at how easily I stomached the violent imagery. It’s not that the films didn’t scare me (or scar me): I made my sister search my scalp to confirm the number 666 was not hiding there (only to be saddled with that satanic locker number in junior high); I was as terrified to go in the ocean as the rest of America after I saw Jaws. But when it came to bloodshed, I didn’t turn away, which is odd, because now I always do. Seeing Breaking Bad, say, veer in a direction I don’t want to go, I cover my eyes and wait for my husband to tap my shoulder when it’s over. I no longer want to have those images, more hyperrealistic than ever, seared into my memory.  Since having children, I avoid stories that I know will feature kids in peril, and not merely in fiction. I couldn’t read accounts about the Sandy Hook massacre. I mean no disrespect to the victims; I just can’t bear the reality.

As Steve Erickson argues in his film column this month, it’s absurd when directors say their films are “only a movie” to critics of violence in cinema. It’s like saying their films don’t matter, and we know that films can matter—at least you would think that is every director’s intent. Why else make a movie? From the time I learned to spell my name, movies have made me feel something (sorry, Quentin, they did and still do). Movies inspire us, make us angry, make us cry. I understand these emotions more deeply now than when I was six, but the visceral reaction remains. Decades of movie watching have filled my head with wonderful, life-affirming images—and with many I’d rather erase. My film diet didn’t desensitize me to violence, but if I were a different type of person, could it have? Read Steve’s piece.