Home Outdoors Cry Me a River No More 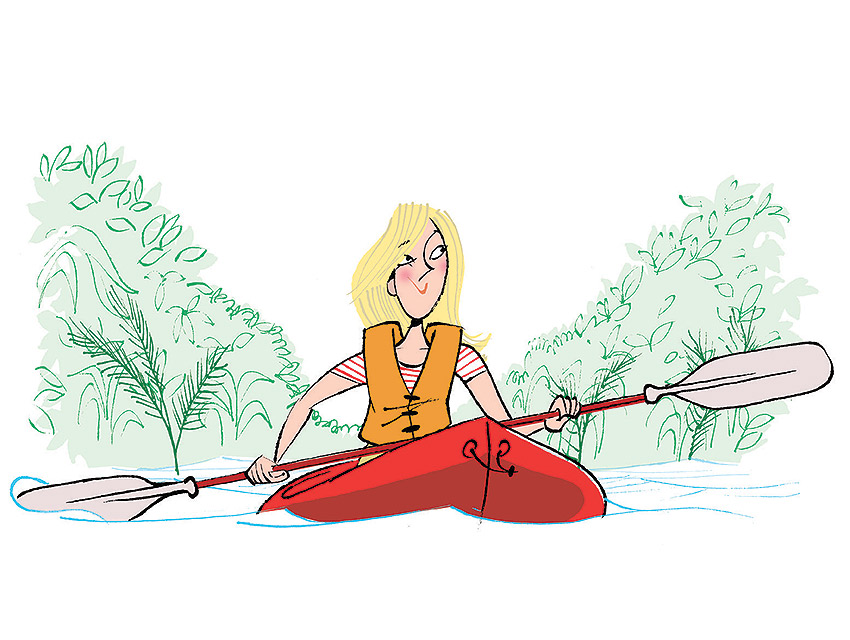 When the landscape planner Mia Lehrer invited me to kayak the L.A. River this summer, I was skeptical. Was there an area of the concrete channel that was deep enough to launch even a one-person boat? I trusted that Lehrer knew what she was doing. After all, she is a key figure behind plans to revitalize stretches of the 51-mile-long waterway with new green spaces and more (see page 92). I drove to where I thought we were meeting: a little oasis with sycamore trees and rock walls called Oso Park, along Riverside Drive in Elysian Valley. Should Congress approve a proposed $1 billion cash infusion for the river, this area between Glendale and downtown will be full of parks like Oso.

I saw no sign of Mia but plenty of kindred souls. On a dead-end street leading to the river, two guys were unloading kayaks from a truck. “Hi, I’m Mary,” I greeted them, thinking they’d hand me a paddle and send me on my way. They nodded politely and walked toward the river. Next, a van pulled up, laden with kayaks. “You with Mia?” I asked. The driver said nope and headed to the banks with his passengers. A swarm of cyclists came charging down the river’s bike path. Turns out it was World Naked Bike Ride Day (I haven’t seen that much junk on display since the last revival of Hair). Then two cute young things in bikinis with inner tubes bounded past me for…the river. I knew that the city council had opened this part of the river for recreational use just last year, but wow. Apparently, while I was binge watching Veep and Orange Is the New Black, the L.A. River had turned into a plein air water park.

Finally, after realizing I was at the wrong rendezvous point, I joined Mia and her group farther north in Elysian Valley at L.A. River Kayak Safari, which operates (mostly sold-out) summer trips on the waterway. We launched near the Fletcher Drive Bridge, pausing beneath the concrete arc of the 2 freeway until our fleet assembled. The water was deep and calm there—its main source is the Tillman Water Reclamation Plant in Van Nuys. I thought of the thousands of times I’d crossed the overpass now rumbling above me, oblivious to the secret life of the river that was developing below. For the next three hours we meandered two-and-a-half miles downstream. Mia glided beside me to point out egrets and herons. I flipped over twice in small rapids (seriously), which left me soggy yet exhilarated. Once I went left instead of right at a fork and found myself alone, bracketed by lush trees in what felt like the most tranquil spot in all of L.A.

Restoring the river will take years. So will finishing our rail projects. But investments like these will transform this city for our children in ways we can barely imagine today. Hop in a boat yourself for a glimpse of what could be a glorious future.