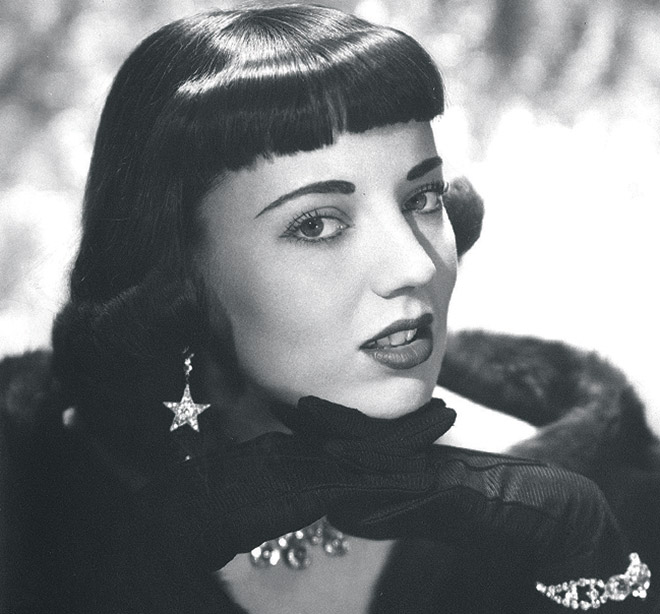 Four days into 2014, I lost my mom, Ruthe Powell Melton. She was 83. Born in Hollywood, she was my role model, joke supplier, shoulder to cry on, and closest friend. She was also the coolest L.A. woman I knew. Her passing has made me aware of how much she taught me about living, and how those lessons take shape in this magazine. I wanted to share her pearls of wisdom. Let’s call them “Mom’s Commandments.”

Be Awake to the World All Day, Every Day.
Mom was an information hunter-gatherer. Her TV was always tuned to news: local, national, CNN. (One of the most amazing dreams she ever had involved Peter Jennings and a waiting helicopter.) She was addicted to the radio, too, and when I started my first journalism job at the L.A. Weekly, she became our wire service. She alerted me (and the Weekly staff, since none of us yet knew) that O.J. was on the run. When she informed me that Notorious B.I.G. had been killed, she added, “They’re saying it’s an East Coast-West Coast thing.” When my phone woke me on September 11, 2001, it was Mom. “Turn on the TV,” she said. Mom believed I should know as much as I could about everything; she reminded me that the world is a big place, and I’m just a small part of it.

Stand Out.
At 12, I whined about my off-brand tennis shoes (“Everyone else has K-Swiss!”). Mom’s response: “Why do you want to look like everyone else? You’ll be better remembered if you don’t.” Today, whenever I push the art department to try an alternative approach to a layout, or nudge a writer to never rest on a cliché and to create sentences that sing, I can hear Mom saying, Be better. Be different.

Write It Down.
Any time I’d recount a story—a wacky bus ride, a chance brush with celebrity—Mom would say, “You should be writing this down.” Writers often forget this rule, and then it’s too late. That choice piece of overheard dialogue that could be the beginning of your next short story? If you don’t record it, you won’t remember it. Trust me, Mom was right.

See the Silver Lining in the Darkest Cloud.
Raised by a verbally abusive grandmother, Mom had an awful upbringing. She faced hardships and tragedies—her persistent anxiety, my father’s heart attack, my older sister’s passing at the age of 35. Yet Mom remained positive. She knew that people could be resilient. When I’m struggling in life or work, I remind myself: We acclimate, we adapt.

Don’t Be a Snob.
If she wasn’t consuming news, Mom was devouring books—all kinds of books—and handing them off to me. A history of Queen Victoria one day, the latest Jackie Collins the next. Highbrow, lowbrow—she didn’t judge, and neither do I. Just read.

Be Fearless.
When a journalism student asks me, “How do you come up with ideas?” I always suggest this exercise: Get on a bus. Talk to every person you see. If you walk off without a story, you have no business being a journalist. I learned that from watching my mom. Standing in the grocery line, shopping for lipstick, waiting in a doctor’s office, she would talk to anyone. And you know what? They talked back—a lot—and in so doing revealed themselves. Everyone has a story. They’re just looking for someone to listen.

Go Off-Road.
On getaways near and far when I was a kid, we traveled more proverbial “roads not taken” than any other family I knew. I still go left when other cars are going right.

Thank the Parsley.
From her turquoise rings to the carefully placed knickknacks around her home, Mom had an eye for detail. To that end she had an eccentric habit at restaurants. If a forlorn sprig of parsley adorned her plate, she would make everyone pause to commend the garnish for its service. Nothing better exemplifies the bigness of her heart than that tiny gesture. Like great writers, she understood the importance of paying attention to that which is ignored. Mom, I promise to never overlook the parsley.