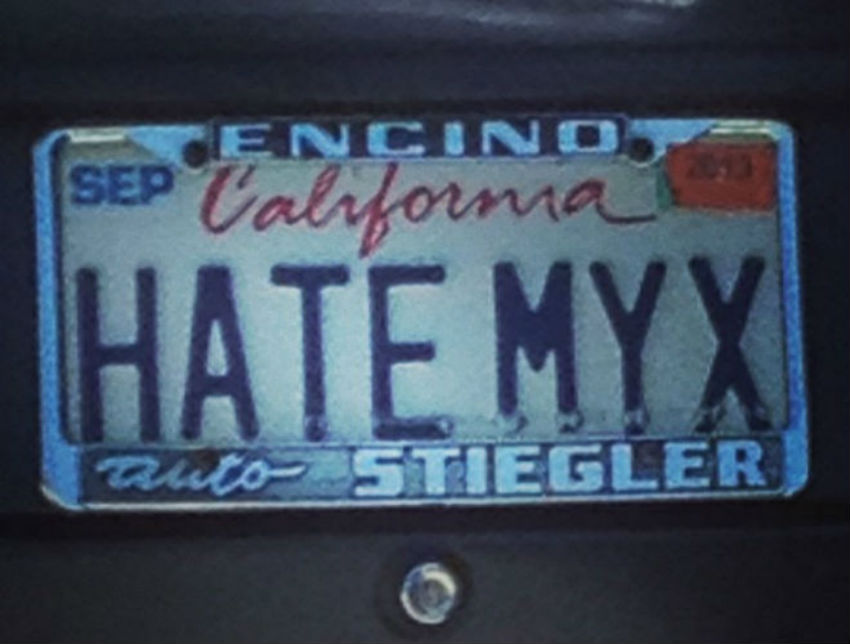 Personalized license plates often get a bad wrap in Los Angeles; maybe that’s why they’re nicknamed vanity plates. But these amusing distractions do more than identify tacky realtors and aging billboard starlets like Angelyne. What many don’t know is that the $49 the California DMV makes from a bare-bones custom plate go to the Coastal Commission and other environmental causes (more specific backgrounds, like those recognizing pets, children, veterans, firefighters, and Lake Tahoe, can cost double that and support those specific groups) . We can’t say for certain that Mother Earth was the tantamount concern with these drivers we spotted cruising Los Angeles, but we like them anyway. Spotted: Potentially Cursed BeetleWhere: Santa MonicaWhatever you do, don’t read this license plate out loud three times. Michael Keaton might appear in your passenger seat wearing Robin Thicke-inspired trousers. Although, when stuck in traffic on Route 1, it can be tempting to call upon evil spirits for entertainment. Spotted: Punny MazdaWhere: South L.A.Looks like this USC grad either knows a lot about dentistry or has some very intelligent molars—get it? “Tooth Smart.” We applaud the use of numbers to fit a pun with so many possible meanings in only seven characters. Spotted: Lakers #1 Fan
Where: West HollywoodWe thought we spotted the ultimate Lakers fan last week, but oh how wrong we were. The Lakers numero uno fan has been out there driving this maroon Kia—understated, but dedicated. This car found a sweet parking spot only a few blocks from Runyon Canyon during the pre-brunch Sunday rush. Here’s hoping the Lakers will be so lucky this season. Spotted: Sassy Black BMWWhere: The ValleyThis photo submission comes from a reader who says she sees this car every day in the parking lot of her office building. She guesses it belongs to the divorce attorney on the third floor! We wonder if vanity plates come with the alimony.