Home Uncategorized You Could Own Janis Joplin’s Porsche 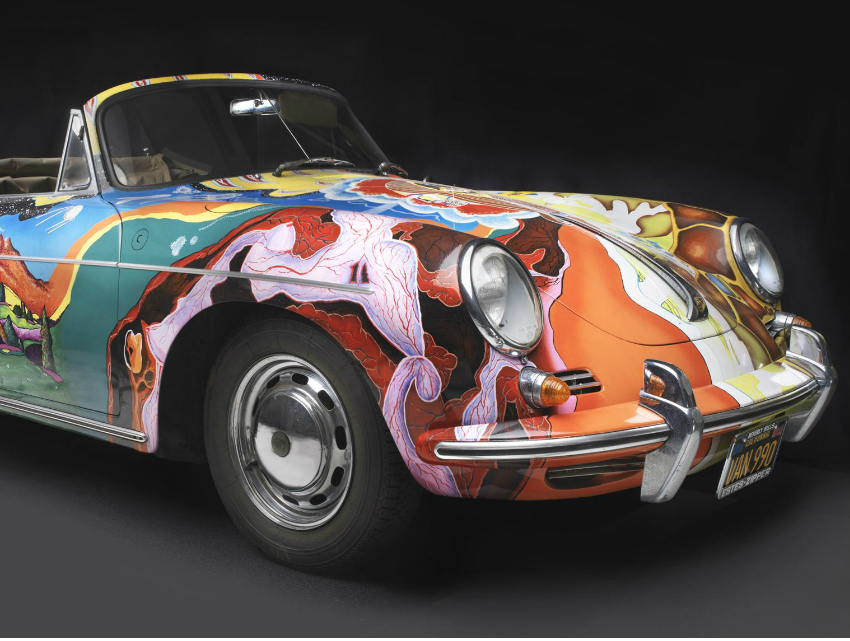 Janis Joplin’s 1965 Porsche 365c 1600 is as closely associated with the blues legend as her feather boas, fierce wail, and brief relationship with Kris Kristofferson. The car, emblazoned with a mural depicting the history of the universe (with jellyfish), will soon go to the highest bidder.

Sotheby’s is auctioning off the car in December, where it’s expected to fetch north of $400,000, Rolling Stone reports. The Porsche previously resided at Cleveland’s Rock & Roll Hall of Fame.

Joplin’s car is as storied as the singer herself. She purchased the white Porsche in ’68 and had one of the roadies for Big Brother and the Holding Company paint the mural. A year later, it was stolen and spray-painted, but later recovered and restored. Joplin drove it until she died in L.A. in October 1970.

“Janis drove everywhere, all around San Francisco and down to Los Angeles when she was recording there,” Joplin’s sister, Laura, told Sotheby’s. “Wherever Janis went in the car, her fans recognized it. When she parked it and returned, there was always at least one note under the wipers.”

Oh, if dashboards could talk.