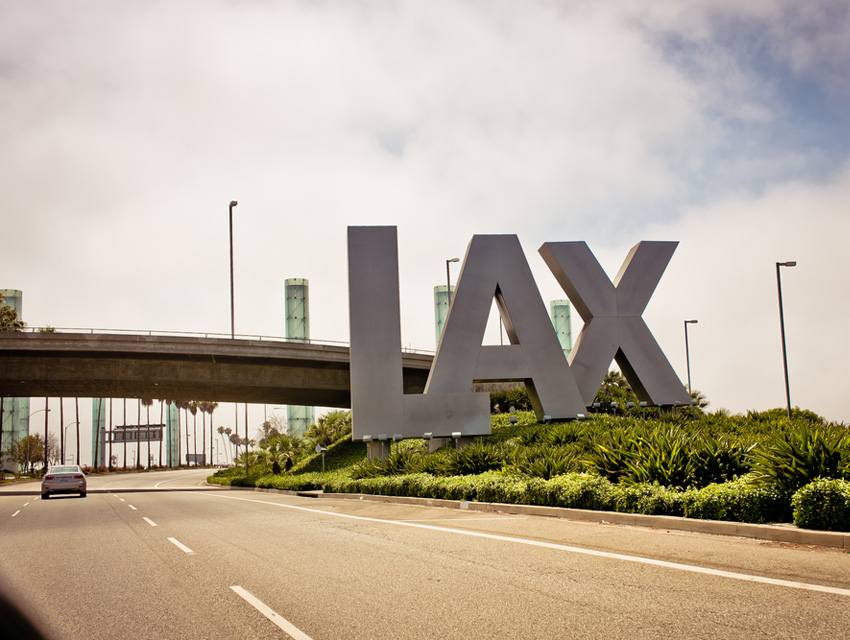 The travel gods have smiled down on Los Angeles—Lyft will begin pick-ups at LAX beginning Wednesday at 8 a.m., reports the L.A. Times.

For now, Lyft will be the only rideshare company allowing pick-ups at the nation’s second-busiest airport. While Uber waits for approval from city officials, Lyft received clearance just in time for the busy Christmas travel days. Both companies have spent months negotiating fees, regulations, and how carefully drivers will be screened (background checks, but no fingerprints). Pick-ups were supposed to begin this summer, but that didn’t come to pass.

Those hailing a ride from Lyft at the airport should summon a car once they’ve deplaned. They then should follow signs marked “ride service” to the upper departures level where their ride will pick them up. Both Uber and Lyft resisted the departure level pick-up since it requires ascending a level with luggage—but ultimately Los Angeles World Airports, which operates LAX, won out.

Aside from that minor inconvenience, and a $4 service fee for Lyft riders at the airport, this is the sweetest Christmas present beleaguered L.A. drivers have received in a long time.