Home Transportation With El Niño Here, the City Gets Proactive on Potholes 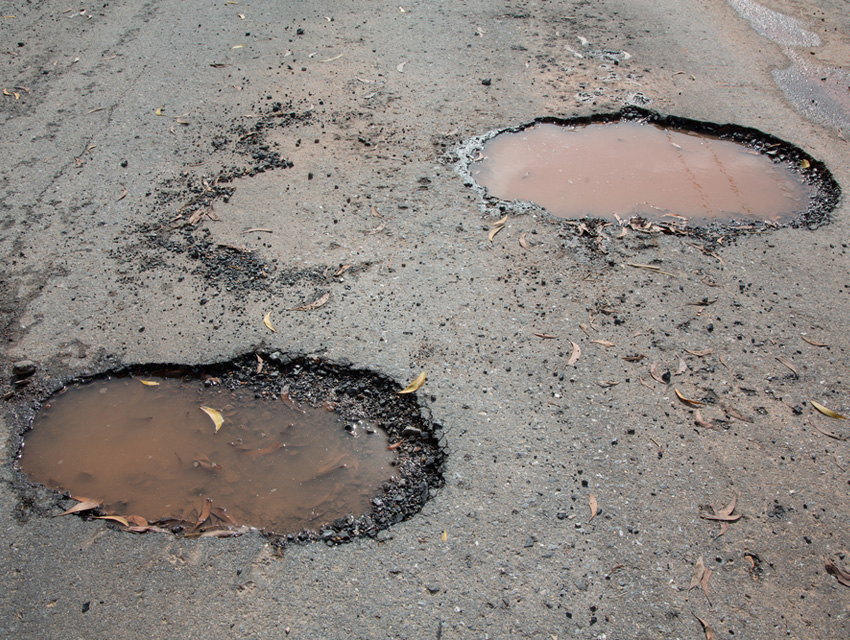 Fear the El Niño, but also do something about it. That’s the message from City Controller Ron Galperin who just began his second audit on the city’s streets in less than two years.

Galperin, via a press release, says he wants to make sure the Bureau of Street Services is doing their job when it comes to repaving and repairing our roads. And the urgency couldn’t be greater—El Niño has already dumped record rain on Los Angeles, and more could already burden our already-buckling infrastructure.

“Our original audit prescribed ways for the City to improve our 6,500 miles of roads,” Galperin said in a statement. “We know that the El Niño rainfall will bring about many new potholes across the City. I want to be sure that L.A. is meeting the challenge.”

The 2014 audit found many deficiencies in the BSS’s road work. Probably the most egregious is that it failed to collect $190 million in fees from utility companies that had to cut into the streets. Also not great is that the Bureau claims they filled over 950,000 potholes between 2010 and 2013, but could only find “completion reports” for 60% of the work.

In the 2014 audit, Galperin pushed the bureau to use the latest technology to track work and map current conditions. The 2016 audit will look at the follow-through on his suggestions as well as calculate the work completed from July 2013 to the end of 2015.

As we all know, potholes are a major pain in the butt—but they’re also expensive. The average L.A. driver spends $1,031 a year on increased gas consumption and car repairs caused by potholes; that’s double what the average American pays.

How to Get Through a Heat Wave During Quarantine