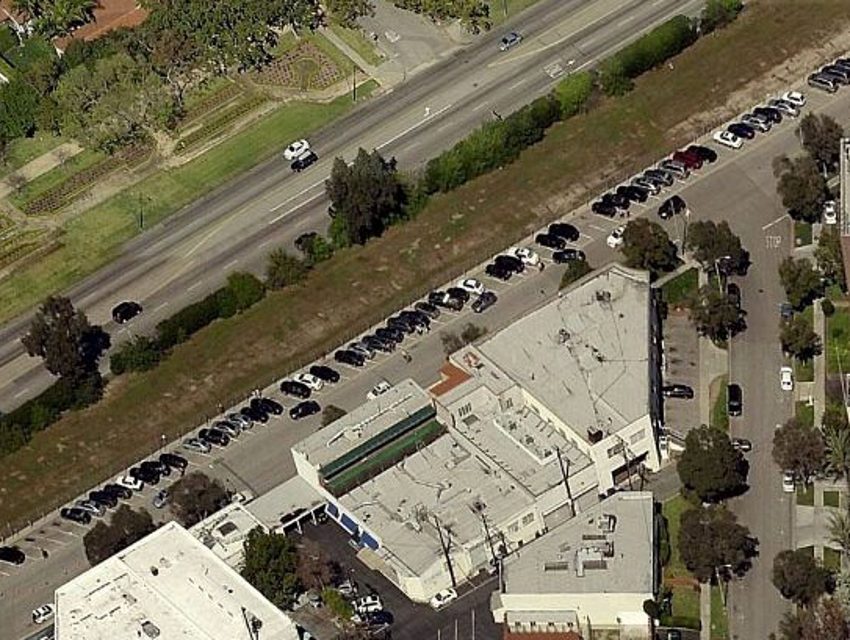 For many Angelenos, their only memory of the long, narrow Beverly Hills parcel that’s directly south of Santa Monica Boulevard is as a fenced-off forest. Sitting in traffic on their way to West Hollywood or points east, many routinely wonder why this weedy lot isn’t a green space, urban garden, or anything.

After many years, the land has suddenly been denuded; trees and everything verdant plucked away. So, is there finally action on this spot, which runs nearly a mile from from Alpine Avenue to Doheny Drive? Indeed.

The trees were removed as part of an abatement project after arsenic-laced soil was found in the lot (similar soil was found at nearby BH High), which housed tracks for the Pacific Electric Railroad during the first half of last century. Curbed LA, via the Beverly Hills Courier reports that the city of 90210 is having serious issues with the contamination.

While Beverly Hills was considering how to remedy the site earlier this year, the parcel’s owner, the Beverly Hills Land Company, took matters into their own hands and tore out the trees and plants. The land company failed to install wind barriers after their work nor did they dampen the soil to ensure wind didn’t carry the noxious dirt into the air; they company also dug fence posts into the tainted soil, which is cause for concern.

BH ordered the owner to immediately fix their mistakes, and officials don’t believe there is imminent danger. That means the local farmer’s market can go on while a permanent solution is figured out early next year. In the meantime, enjoy your 20-block view of dirt.