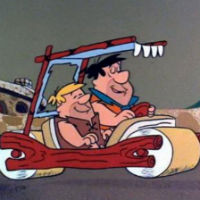 1. For Dads Who Are Outdoorsy: The BMW 328i xDrive Sports Wagon
Think of this car as the ultimate upgrade from station wagon. Not only does the BMW Sports Wagon have enough room to comfortably fit two kids (and an Aunt Edna), it also comes with a full-color navigational system. Wally World, here you come.

2. For Dads Who Are Overprotective: The 2014 Lincoln MKZ
With a five star safety rating from the National Traffic Safety Administration and the title of Top Safety Pick + from the Insurance Institute for Highway Safety, the MKZ has a very particular set of skills. Skills that Lincoln has acquired over a very long career. Skills that make driving less of a nightmare for dads who worry about safety.

3. For Dads Who Are Tech-Obsessed: The Infiniti Q50
As if a touchscreen, Bose speakers, and the ability to be unlocked via smart phone wasn’t fancy enough, the Infiniti Q50 is the first car to feature Direct Adaptive Steering, which digitally enhances the connection between wheels and the driver. Talk about a technologically advanced ride to the dark side.

4. For Dads Who Are Neat Freaks: The 2014 Honda Odyssey with HondaVAC
This minivan made its debut at the 2013 New York Auto Show and is the first vehicle ever to feature a built-in vacuum. With a replaceable filter and multiple attachments, the Odyssey is perfect for those fathers who get emotional when someone spills Cheerios in the back seat.

5. For Dads Who Are Musical: The Audi A8
Complete with $8,000 worth of Bang & Olufsen audio technology, the A8 can take family sing-a-longs to a whole new level. Plus, because the speakers aren’t built into the vehicle’s frame, neighboring cars can’t hear your tunes, no matter how high your turn the bass up.

6. For Dads Who Are Old School: The 1964 ½  Mustang
The 1964 ½ was the first ever Mustang, a car so influential that it still inspires vintage touches on today’s auto design. An O.D. (Original Dad) needs an original ride.