Home Transportation What You Need to Know for Sunday’s L.A. Marathon 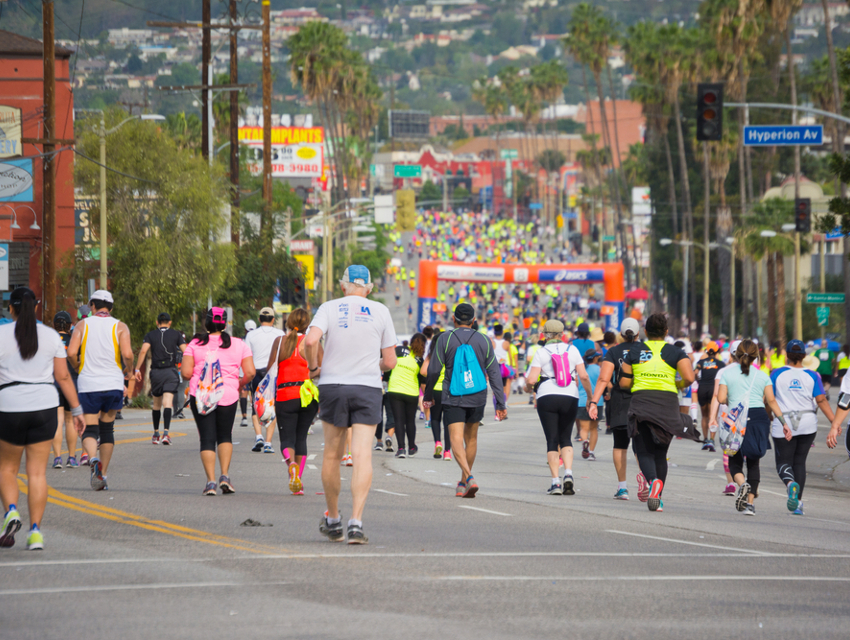 The 31st Los Angeles marathon, er the Skechers Performance Los Angeles Marathon, takes place on Sunday from Dodgers Stadium to the beach, with a circuitous dog-leg around DTLA.

First off, it’s going to be hot on Sunday; so the last thing you’ll want is to be is trapped in your car, baking under the hot sun as 25,000 people run by, when you were just trying to get some last-minute flowers. Plan ahead! Here’s what to know:

• The first street closure begins right at midnight, with Ocean Avenue in Santa Monica closing from midnight on Sunday all the way to 5 p.m. Steer clear if you’re driving!

• The next closures begin at 4 a.m., on the east side of the route, particularly around DTLA, Echo Park, and Hollywood. The rest of the closures, mostly on Santa Monica and Sunset boulevards, as well as streets in Beverly Hills and Brentwood, start at 5 a.m.

• Closures will begin lifting at 9 a.m. in Echo Park and start moving westward. Don’t expect the city to return to normal until the late afternoon/early evening.

• If you absolutely need to go east/west, try the 10 or Olympic Boulevard. Traveling north/south? Go with the 405 (wow, we never wrote that before) but skip the Santa Monica Boulevard exit, which will be closed. Check here for full closure info.