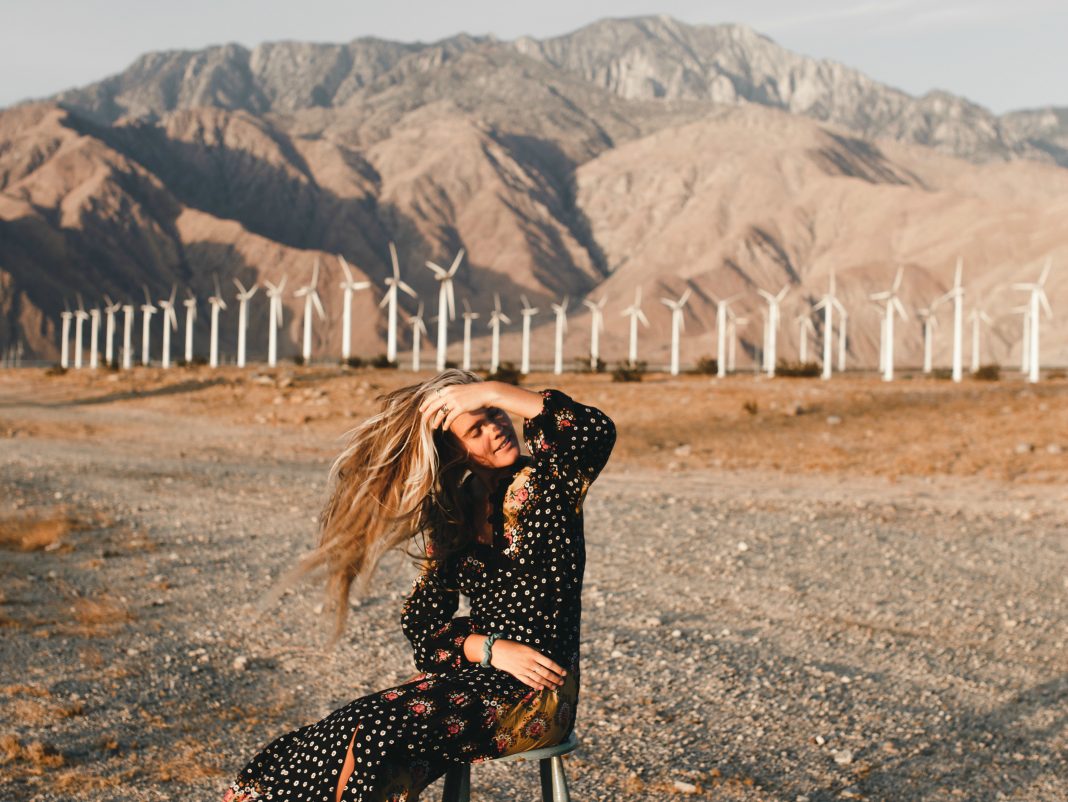 Photo by Jack Antal on Unsplash

Palm Springs is to L.A. what the Hamptons is to New York: an escape from urbanity, something between a staycation and a destination that requires slogging through an airport. Of course, our version is without beaches or bonfires (we have that year-round); instead we have majestic mountains, crystalline pools, and oodles of mid-century architecture.

While the East Coasters take the jitney—aka a bus—to reach their little slice of paradise, we usually have to commit to a two-hour drive (at least) to reach our oasis. For Angelenos who regularly make the trek east to Palm Springs, there are a few reassuring landmarks that tell you the cabana is just around the bend. The two 100 ton-plus dinos seen on the side of the 10 freeway were envisioned and built by Knott’s Berry Farm sculptor Claude Bell, hoping to attract drivers to his roadside diner. An Apatosaurus named Miss Dinny was constructed in the 1960s and debuted in 1975; her pal Mr. Rex the T-Rex hatched in 1981. The attraction cemented its celebrity status when Miss Dinny and Mr. Rex appeared prominently in the 1985 kid’s flick Pee-Wee’s Big Adventure. The dinosaurs’ goofy rep is now more incendiary after the attraction changed ownership in the ‘90s, following Bell’s death. The new owners, from Orange County, are creationists, espousing throughout the gift shop and museum inside of Miss Dinny that man walked with dinosaurs. The attraction’s website declares, “the theory of Darwinian evolution is fundamentally and fatally flawed.” When driving to Palm Springs, one of the most surreal experiences is encountering the massive wind farm lining the San Gorgonio Pass just west of the desert city. The first wind turbine went up in 1980—becoming part of the first wind farm in the nation—and now 2,700 windmill-like devices line the Pass, creating enough energy to power 300,000 homes. The area was ideal for harnessing wind power as gusts through the pass routinely reach 80 miles per hour, faster than a Category 1 hurricane. You don’t have to just drive past the wind park next time you visit Palm Springs—wind turbine tours take you up close and personal to one of California’s greatest innovations. Passing the Palm Springs Aerial Tramway on Route 111/N. Palm Canyon Drive means you’re getting really close to the P.S. action. But how many people stop and ride to the top of Chino Canyon? Nearly 18 million have ascended the 2.5 miles from the valley to the mountains since the attraction opened in 1963. Envisioned in the 1930s as a way for locals and visitors to avoid the desert’s oppressive heat—the temperature drops about 30 degrees at the top of Mount Jacinto—the tramway was an engineering marvel partly created with the use of helicopters. A modernization effort in the late ‘90s allowed the tram’s cars to rotate slowly so guests can stand in one place and get a view of both the lush mountain and the valley’s wide expanse during the 10-minute journey. Upon reaching the summit, visitors can hike, camp and, in the winter, cross-country ski and snowshoe. There’s also a cafeteria, fine dining restaurant and bar, but be warned, cocktails pack a powerful punch at an elevation of 8,516 feet.