Home Transportation In the War Over Waze, Will Rich Angelenos Demand Private Streets? 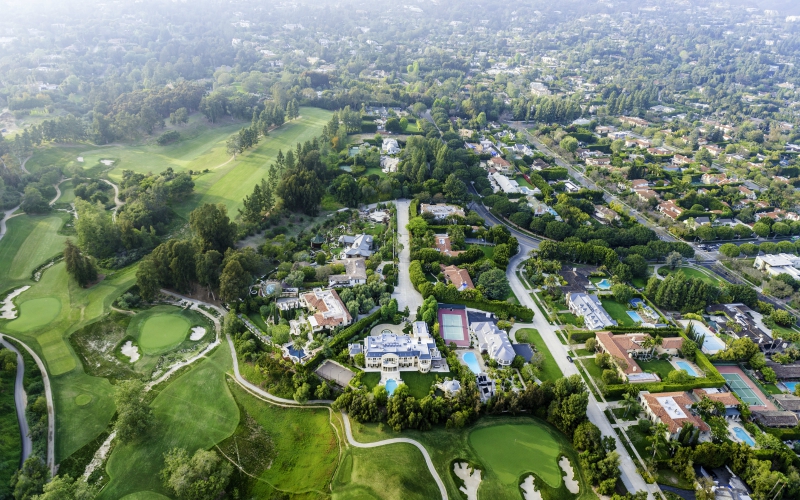 “The city attorney’s office shares the concerns of the communities affected by the use of Waze and we are considering all our options,” Rob Wilcox, L.A.’s director of community engagement, told Government Technology. “Our office has already reached out to Waze executives to convene a meeting to find ways to work together to help end this problem plaguing our quiet streets and neighborhoods.”

Ryu sent a letter to Feuer last week laying out his grievances and the grievances of his constituents in the Hollywood Hills, Los Feliz, Hancock Park, and Sherman Oaks. According to Ryu, the app is encouraging drivers to skip freeways and arterial roads and drive on quieter residential streets, causing headaches and dangers for residents.

“Ironically, many of these ‘short cuts,’ end up causing more traffic in a race-to-the-bottom effort to cut travel times by using small cut-through streets, leading drivers to make unsafe turns and often unpermitted traffic directions,” Ryu wrote in the letter, which described one residential street near the 405 as “sustaining over 650 cars an hour.”

Ryu says Waze has been resistant to discussing solutions, but the letter is entirely vague on what suggestions city officials have for the problem. Does Ryu’s monied constituency want Waze to re-engineer their technology so commuters don’t travel through their streets? Would all neighborhoods get that benefit? There are multiple areas in Los Angeles that deal with cut-through traffic, including working-class spots like Boyle Heights, Baldwin Village, and West Adams. Specifically refusing to direct drivers through wealthy enclaves smacks of inequality.

Waze seems resistant to that kind of solution anyway, with CEO Noam Bardin saying in a statement that, “It’s important to note that Waze does not ‘control’ traffic but our maps do reflect public roads that federal and local authorities have identified and built for its citizens.”

As we’ve seen previously, some Angelenos don’t feel all the roads are indeed public; some reportedly even faked accidents to keep non-residents off their streets. Just this year, residents in Leonia, N.J. took the extreme step of making some of their roads private. Complaining of cut-through traffic, officials banned non-residents from its streets during rush-hour, requiring locals to hang yellow tags on their rearview mirrors (the move encouraged other NYC suburbs to do the same).