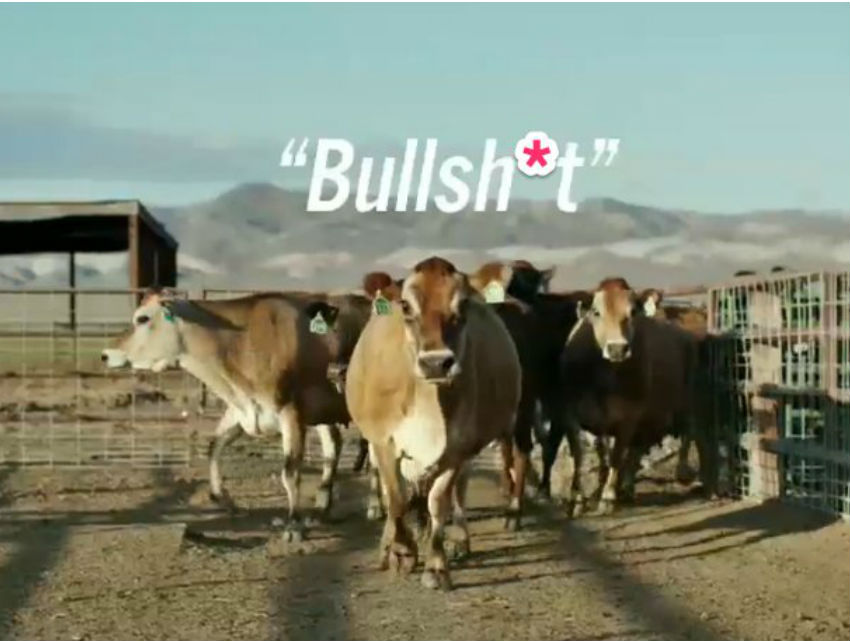 Prepping for this year’s release of the electric/hydrogen fuel cell Mirai, Toyota is releasing promotional videos that promote not only the car but attempt to silence hydrogen naysayers. Documentary filmmaker Morgan Spurlock (Super Size Me) directs the series’ first video, provocatively titled “Fueled by Bullsh*t.”

An unknown critic apparently lobbed that expletive at Toyota’s hydrogen fuel cell technology, which the car company says allows their Mirais to run on the planet’s most abundant resource while only emitting water vapor. In Spurlock’s video, engineer Scott Blanchet pays a visit to a dairy farm run by a laconic man named Ron. Blanchet transports a nauseating amount of cow waste and shows how the hydrogen is stripped from it. Steam and heat does most of the trick, allowing odor-less hydrogen to be yanked from the manure. Blanchet and Ron fuel up the Mirai and take off.

“No combustion engine in this car,” Blanchet says. “The hydrogen and the oxygen from the air come together in that fuel cell and it makes DC electricity. It doesn’t even smell.”

Thankfully, hydrogen can be produced from other things than car manure, like solar and wind power.

Toyota’s Scion Era Is Over