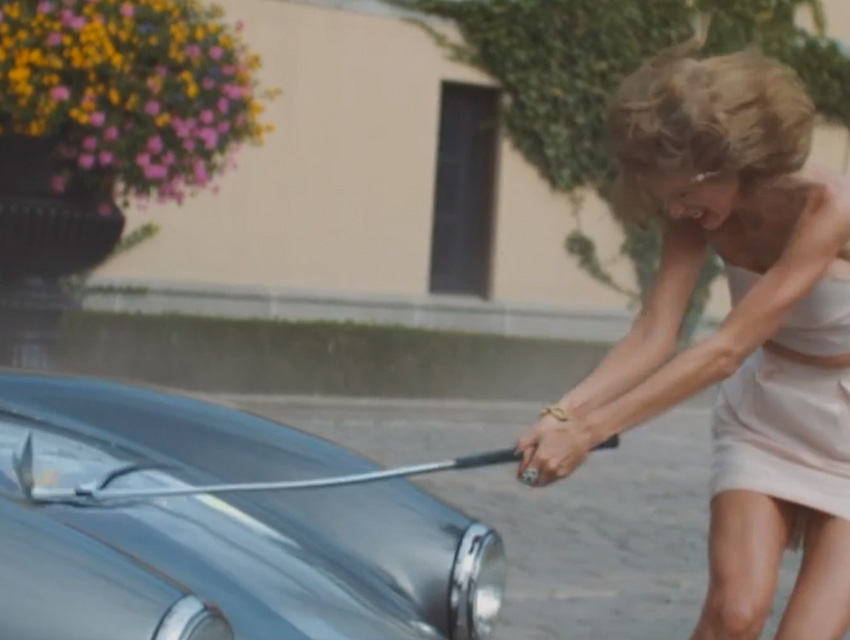 Pop supernova Taylor Swift cavorts and fights with a hunky Kennedy-look-alike in the just-released video for “Blank Space,” but it’s a classic British car that steals the show.

The clip, directed by Joseph Khan, satirizes Swift’s desperate-girl image—the tabloid tale of a young star who attracts men, drives them away, and then writes Billboard hits about the short-lived relationships. The video depicts a world many probably think Swift inhabits: living inside a castle, horses in her bedroom, and hair that’s perfect even when she wakes up. To personify that perfect world is a beau and his beautiful British car.

“Blank Space” begins with “the guy” pulling up in a powder-blue Shelby Cobra (sometimes known as the AC Cobra). Like the legs of Swift and her guy, the camera lusts after the ’60s-era roadster. Even when Swift begins to attack her man’s car, knocking out the headlights and denting the hood, it still makes us salivate. Oh, Taylor looks good, too. Watch below: