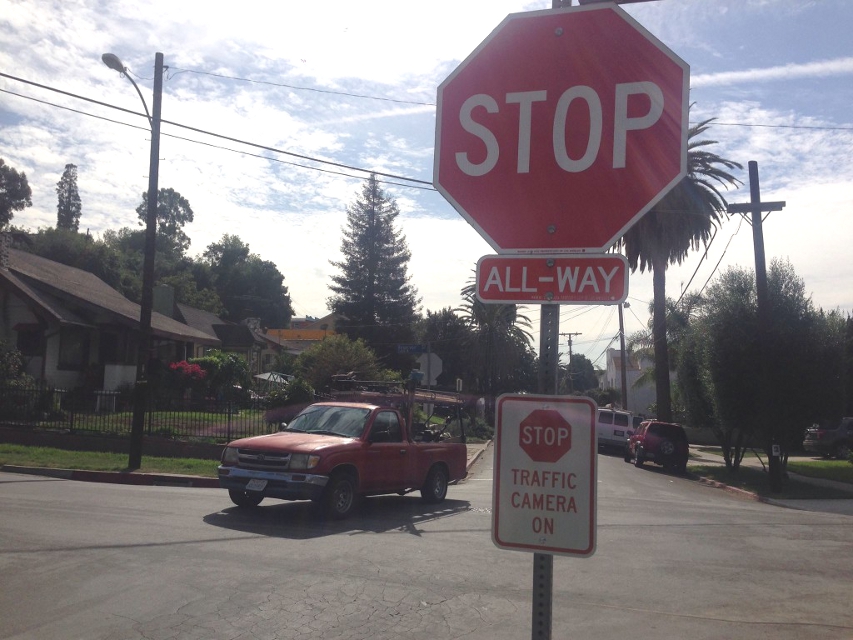 As reported by Eastsider LA and later Streetsblog, four unauthorized cameras affixed to an electricity pole went up recently at the intersection of Reservoir and Coronado streets. An unknown frustrated local (or locals) then made up a “Traffic Camera On” marker and somehow attached it to an existing stop sign.

A Department of Transportation spokesman confirmed to Eastsider that no government entity is responsible for the new, and non-working, infrastructure—and that the DOT would soon be removing the cameras and sign. The DOT’s Bruce Gillman added that he’s seen phony signs put up but never cameras.

No word on how much this extra-curricular activity cost the mystery traffic guardian, and whether it provided any relief.