Home Uncategorized Some DTLAers Want to Put a Park Over the 101 Downtown, Too 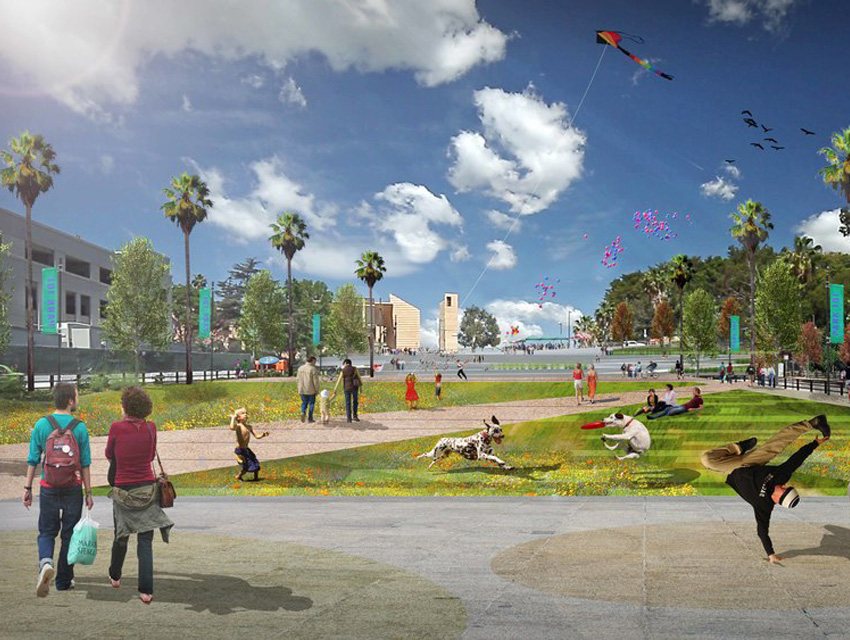 Even though Hollywood’s plan for a park built atop a section of the 101 is more advanced, boosters are not giving up on their proposal for a similar one downtown. The nonprofit group Friends of Park 101 are looking for funding that could move the project forward—the next step would likely be an environmental impact report, a process the Hollywood park is set to wrap up shortly.

To garner attention for the DTLA plans, Friends of Park 101 produced a video last year, though it was little seen (and just picked up by Curbed LA). In it, we see how the park could transform the eastern end of downtown and bridge the gap that the freeway created between the Civic Center and the El Pueblo/Union Station area.

“The construction of the 101 Fwy has created a scar through downtown’s historic and civic core,” the park’s website says. “The freeway has completely bifurcated the historic core, creating a unpleasant pedestrian environment in downtown near the 101.”

If it comes to fruition, the park would create a 10-acre, half-mile long green space from Grand Avenue to the L.A. River. Instead of exhaust and noise, the area would be filled with dog parks, sports fields, walking paths, food trucks, and gathering spots for rallies and concerts.

Stephen Nieto, part of the design team, says in the video: “We’re creating space out of no space at all.”

Park 101 from BREADTRUCK FILMS on Vimeo.